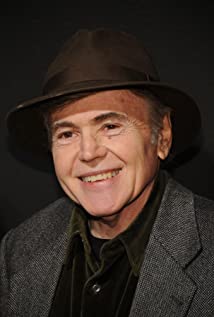 Walter Koenig began his acting career in 1962 as an uncredited, non-speaking Sentry in the TV series Combat! (1962), and in the following few years had bit roles in several television shows, until he landed the role that would catapult his career in ways he could never have imagined, as Ensign Pavel Chekov in Star Trek's Original Series (Star Trek: The Original Series (1966)). He went on to reprise that role in all 7 of the original Star Trek movies (The 7th movie, Star Trek: Generations (1994) was mostly ST: The Next Generation, but had the original series section at the beginning, and Kirk at the end), as well as voicing the same character in several of the video games. He has continued to reprise that character in several different Star Trek video's, and TV series, rising in rank to Lieutenant, Commander, Captain and Admiral through the years (his most recent being Admiral Chekov in the pilot of Star Trek: Renegades (2015), which never launched, but that evolved to Renegades (2017), a 2 part, crowd-funded, fan-made mini series that also stars fellow Original Series star Nichelle Nichols (as a character NOT named 'Uhura'). Since it was Fan-Made (and to avoid violating studio rights) they couldn't use the Star Trek Character's names, like Uhura or Chekov, so they simply called him 'The Admiral'. (however the uniforms and technology are remarkably Star Trek like.) He also had a recurring role of the quintessential scoundrel Bester on the television series Babylon 5 (1993). He has been the "Special Guest Star" in twelve episodes and, at the end of the third season, the production company applied for an Emmy nomination on his behalf. He once again played Bester in the spin-off series Crusade (1999). In between filming the 4th and 5th Star Trek films he took his first leading role in the video feature, Moontrap (1989). In an interactive state-of-the-art video game from Digital Pictures called Maximum Surge (1996), Koenig played as Drexel, another scoundrel.Walter completed worked in the low budget feature film Drawing Down the Moon (1997) from Chaos Productions. And has star billing as a German psychologist in the martial arts picture, Sworn to Justice (1996). A one character piece that Koenig wrote and performed entitled "You're Never Alone when You're a Schizophrenic" was a finalist in the 1996 New York Film Festival awards. Koenig filmed a guest appearance as himself on the CBS situation comedy Almost Perfect (1995), did sketch comedy on the Comedy Central series "Viva Variety" (1996) and performed on an ESPN sports commercial that aired in the spring of 1998. Walter also hosted a cult movie marathon for Comedy Central. It played once a week for the course of a month.Koenig's autobiography, "Warped Factors - A Neurotic's Guide to the Universe" was released through Taylor Publishing on April 1, 1998. The audio tape reading of the book by the author has been released through Dove Video in January 1999. Koenig performed as the Shadow Guy in an episode of Diagnosis Murder (1993) and went to New York to perform in a new radio broadcast version of "War of the Worlds" in tribute to both H.G. Wells and Orson Welles. From "The Girls of Summer" to "The Boys in Autumn", Koenig's stage career spans thirty years and includes stops in New York with "A Midsummer Night's Dream" (Quince) and "Six Characters in Search of an Author" (Oldest Son). In Chicago, he guested in "Make a Million" (Johnny) opposite Jackie Coogan and on the road -- from Arizon to Philadelphia -- Mark Lenard (Sarek: Spock's father) and he performed in the short plays "Box and Cox" (Box) and "Actors" (Dave). They also toured in a two character play, "The Boys in Autumn", the comedy-drama about the reunion of Tom Sawyer and Huck Finn forty years later.By himself, Koenig also starred as Larry the Liquidator in "Other People's Money" in Reno, Nevada. His Los Angeles productions include "Steambath" (God), "The White House Murder Case" (Captain Weems), "Night Must Fall" (Danny), "La Ronde" (Gentleman), "The Typist and the Tiger" (Paul), and "The Deputy" (Jacobson) among almost two dozen others ("Blood Wedding", "The Collection", et al.). Directorial credits include "Hotel Paradiso" for Company of Angles, "Beckett" for Theatre 40, "America Hurrah!" at the Oxford Theater, "Twelve Angry Men" at the Rita Hayworth Theatre, "Matrix" at the Gascon Theatre Institute, and "Three by Ten" at Actor's Alley. Walter has performed in the television movies Antony and Cleopatra (1984) (Pompey) opposite Timothy Dalton and Lynn Redgrave as well as the MOW's Goodbye, Raggedy Ann (1971) and The Questor Tapes (1974).Walter has written for the television series The Powers of Matthew Star (1982), What Really Happened to the Class of '65? (1977), Family (1976), Land of the Lost (1974), and the animated Star Trek: The Animated Series (1973) series. This actor-writer has seen publication with the non-fiction "Chekov's Enterprise" and the satiric fantasy novel "Buck Alice and the Actor-

Neil Stryker and the Tyrant of Time