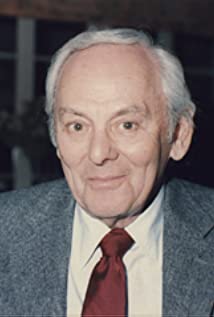 A graduate of the Harvard School of Business, Walter Doniger started as a scriptwriter in the early 1940s with Universal. During the war years he collaborated on training films for the US Army. He maintained an interest in military matters that was reflected in much of his later work, both for television and for the big screen. The script for one of his last projects, "The Last Days of Saigon", written between 1980 and 1981, remained uncompleted and is held (still under classification) at the American Heritage Center at the University of Wyoming.From the late 1940's, Doniger began to specialize (first as writer, and, from 1954, as director and occasional producer) in masculine subjects, from tough prison dramas (Duffy of San Quentin (1954) and The Steel Cage (1954)) to war pictures (Cease Fire! (1953)), from films noir (Rope of Sand (1949)) to contact sports (Safe at Home! (1962) [baseball], Mad Bull (1977) [wrestling]). In 1957, Doniger established a small production company, Bettina Productions Ltd. By this time he had gravitated towards working primarily for episodic television, particularly as a director of westerns (Cheyenne (1955), Maverick (1957)) and crime series (Michael Shayne (1960), Ellery Queen (1975)). He was a noted exponent of the long take, frequent close-ups, the tracking shot and deep-focus composition. He was also an early advocate for the use of videotape.During the 1960s Doniger helmed 64 episodes of the popular soap opera Peyton Place (1964). He did some interesting experimental work with unbroken long takes, in one instance involving the entire cast by shooting the scene from a fixed, crane-mounted camera above. As the crane descended, the cinematographer then dismounted the camera and followed a principal performer on foot, thus completing the take. After leaving "Peyton Place", Doniger worked for a while at Universal but eventually returned to action subjects, where he was most at home. He directed several excellent episodes of the popular police series McCloud (1970), starring Dennis Weaver.Doniger's style of directing was known to be somewhat abrasive. On occasion, this brought him into conflict with producers and stars, possibly precipitating his retirement from film work in 1991. He donated his personal archives of screen memorabilia to the Cinematic Arts Library of the University of Southern California.