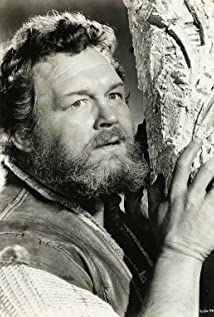 An American character actor described to some as a 'rugged outdoor western/war type', proved to be Walter Barnes status in motion pictures for nearly thirty years. A pro football player, Barnes made a mark into playing roles in pictures with his performance in the 1959 film "Westbound". Although, Barnes found work in countless foreign films of the 1960s, he usually played roles ranging from crusty law officials to occasional villains, in notable roles in "Captain Sinbad", John Wayne's "Cahill US Marshal", Clint Eastwood's "High Plains Drifter", "Pete's Dragon" and "Day of the Animals". Also as a veteran of television, Barnes has had guest starring roles in such series including "Gunsmoke", "Rawhide" and "Cheyenne". He also played Bo Svenson's father on the early 80s TV series "Walking Tall" and appeared in the 1985-86 mini series "North and South". A diabetic, Barnes retired from acting in the late 1980s and eventually moved into the Motion Picture and Television Retirement Home in Woodland Hills, California, where he passed away in January of 1998.

Every Which Way But Loose

Day of the Animals