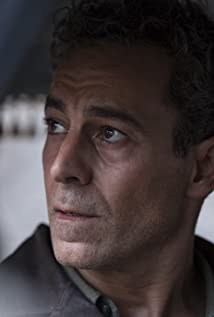 A critically acclaimed actor and Academy Award nominated producer, Waleed Zuaiter has an impressive international profile with a career spanning across theatre, film and television.Currently, you can watch Zuaiter on your screens headlining the all-star cast in Fremantle/Euston Films' and Channel 4 UK's Baghdad Central. The show premiered to rave reviews in the UK, the Middle East (a StarzPlay Arabia Original), in the US on Hulu, as it continues healthy sales worldwide. (May 2020)Waleed produced and starred in OMAR, from writer/director Hany Abu-Assad. The film was nominated for Best Foreign Language Film at the 2014 Academy Awards© and won the Special Jury Prize at the Cannes Film Festival (2013), the Grand Prize, Best Feature at the Dubai International Film Festival (2013), Best Film at the Asia Pacific Screen Awards (2013), and many other accolades around the globe.Waleed was inspired to build on the network of Omar's investors and the greater world cinema industry that embraced him and the film. It was an unbelievable dream come true. "Producing Omar taught me a lot of things, but what I found most gratifying was that I was doing something far bigger than myself. We created jobs for many others and a platform for much deserved and undiscovered talent." Building on the success of Omar, and in the spirit of doing something greater than oneself, Zuaiter and his partners founded FlipNarrative, a development and production company, and are sourcing a growing slate of content to inspire many more stories and talent from the region and far beyond. Their mission is aimed at amplifying underrepresented - and historically misrepresented voices - around the world.In television and film, Waleed is well known for a variety of roles, such as 'Amin Al-Hafez' in Netflix's The Spy, 'Samir Abboud' in Netflix's Altered Carbon, 'Vincent' on USA's Colony. In film, 'Sami' in Here and Now, 'Charlie' in 20th Century Women, 'Kamran Barkawi' in London Has Fallen. On Broadway and off, George Packers Betrayed, David Greig's The American Pilot, Tony Kushner's Homebody/Kabul, David Hare's Stuff Happens (Drama Desk Award), and Eliam Kraiem's Sixteen Wounded. Waleed also performed alongside Meryl Streep and Kevin Kline in Mother Courage at The Public Theatre.Born in California, Waleed grew up in Kuwait and then returned to the United States to study philosophy and theatre at George Washington University. He now resides in Los Angeles with his wife, son and daughter.