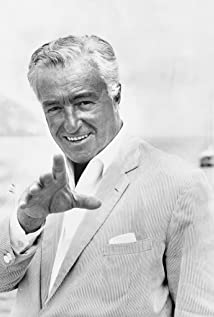 Vittorio De Sica grew up in Naples, and started out as an office clerk in order to raise money to support his poor family. He was increasingly drawn towards acting, and made his screen debut while still in his teens, joining a stage company in 1923. By the late 1920s he was a successful matinee idol of the Italian theatre, and repeated that achievement in Italian movies, mostly light comedies. He turned to directing in 1940, making comedies in a similar vein, but with his fifth film The Children Are Watching Us (1944), he revealed hitherto unsuspected depths and an extraordinarily sensitive touch with actors, especially children. It was also the first film he made with the writer Cesare Zavattini with whom he would subsequently make Shoeshine (1946) and Bicycle Thieves (1948), heartbreaking studies of poverty in postwar Italy which won special Oscars before the foreign film category was officially established. After the box-office disaster of Umberto D. (1952), a relentlessly bleak study of the problems of old age, he returned to directing lighter work, appearing in front of the camera more frequently. Although Yesterday, Today and Tomorrow (1963) won him another Oscar, it was generally accepted that his career as one of the great directors was over. However, just before he died he made The Garden of the Finzi-Continis (1970), which won him yet another Oscar, and his final film A Brief Vacation (1973). He died following the removal of a cyst from his lungs.

We Are All in Temporary Liberty

The Garden of the Finzi-Continis