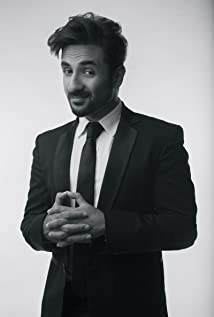 Vir Das was born in Dehradun, India. He was raised in Nigeria and studied at the Indian Language School in Lagos, Nigeria, as well as at The Lawrence School, Sanawar and in Delhi. He obtained a bachelor's degree from Knox College, Illinois, in Economics and Theatre with a concentration in performance.It was at Knox that Das first explored stand-up comedy with his first special, Brown Men Can't Hump, which debuted in Knox's Harbach Theatre. He received a Richter Scholarship for Theatre and later went on to win the Colton Performance Award for Outstanding Achievement in Acting from Knox. He was also a teaching assistant for Beginning Acting at Knox.After graduating from Knox, Das was accepted into the Stanislavsky Program of the Moscow Arts Theatre and performed eight plays. At Havard, Das trained as a method actor for six months.Das returned to India in April 2003 and since then has performed over 100 comedy shows in all the major cities. He debuted six comedy specials written, directed by and starring him at the India Habitat Center. These include Brown Men Can't Hump, Not for Members Only, Bored of The Things!, Who Let the Das Out?, Son of a Switch! and VIRagra.He started his career on TV when he hosted two TV shows for Indian TV channel 'Zoom' The first one was 'Is Route Ki Sabhin Linein Maast Hain' where he was an agony uncle. The second was his own stand-up comedy late night show 'Ek Rahin Vir'. Das also hosted 'Top Drive - Getaway' for Indian channel ' Star World'.Das has appeared on a variety of comedic television programs before being cast in acting roles, as the comic relief in 'The Curse of King Tut's Tomb', a Hallmark mini-series filmed in India. He began filming for his first two Bollywood roles in early 2006. He played a small role Vipul Shah's 2007 movie 'Namastey London'. Das moved to Hindi Cinema starring in films like 'Delhi Belly', 'Badmaash Company' and 'Go Goa Gone'.In 2012, Das released his first music album with his comedy rock band Alien Chutney. Das serves as vocalist on the album, entitled Mauritian Chutney.In Apr 2017, he became the first Indian Comedian to make a comedy special for Netflix called 'Abroad Understanding' and released his second Netflix special 'Losing It' in Dec 2018.In 2019, he made his debut in American television in the series, Whiskey Cavalier (2019)

Vir Das: Outside in - The Lockdown Special