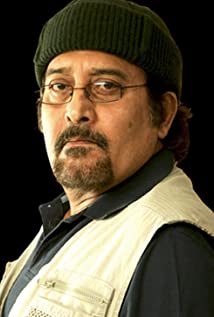 At the start of his career, he played supporting or villainous characters in films such as Purab Aur Paschim, Sachaa Jhutha, Aan Milo Sajna, and Mastana in 1970, and in Mera Gaon Mera Desh, Elaan and Aan Milo Sajna in 1971.He got his first break as the solo lead hero in the film Hum Tum Aur Woh (1971), which was followed by the 1971 multi-hero film 'Mere Apne' directed by Gulzar. It was the melodious R.D.Burman composed Rafi-Asha "Sasoan Mein Kabhi" from the film Parchaiyaan in 1972 and from Hum Tum Aur Woh - the Kishore Asha duet Do Bataon Ki Mujhko Hai Tamanna and the solo song Priye Praneswhari where his romantic skills got noticed among audiences.In 1973, his performance as an army officer facing death row in another film scripted and directed by Gulzar, Achanak, was critically acclaimed. The song-less film echoed the true life story of K. M. Nanavati vs. State of Maharashtra and Khanna portrayed Kawas Nanavati, the real life Navy officer.Between 1973 and 1982, Khanna played the lead role in in a number of solo and multi starer movies.In films with 'Rajesh Khanna' as the lead hero, Vinod Khanna always had either the antagonist role or supporting role and not even the parallel lead. These film were Sachaa Jhutha Aan Milo Sajna, Prem Kahani, Kudrat and Rajput. Vinod accepted his roles in Kudrat and Rajput even after he had become a successful solo lead hero himself just due to rapport he shared with Rajesh Khanna. His successful films as solo lead hero include 'Farebi' with Moushumi Chatterjee;Qaid in 1975 and 'Zalim' in 1980, both together with Leena Chandavarkar; and Inkaar in 1978 opposite Vidya Sinha followed by Aap Ki Khatir, Hatyara, Main Tulsi Tere Angan Ki, Khoon Ki Pukar, Taaqat, Jail Yatra, Raajmahal. His successful multi hero films, with him also playing the main lead hero, were Shankar Shambhu,Chor Sipahee and Ek Aur Ek Aur Ek Gyarah, where he appeared together with Shashi Kapoor; in Hera Pheri, Khoon Pasina, Amar Akbar Anthony and Muqaddar Ka Sikandar where he played lead hero with .Amitabh Bachchan; and in Haath Ki Safai and Aakhri Daku where he played lead hero with Randhir Kapoor. He later appeared as lead hero with Sunil Dutt in ,Daku Aur Jawaan.Khanna became a follower of the spiritual teacher Osho (Rajneesh) and left the film industry in 1982 for five years. Though he had stopped ,acting in films in 1982, the films with him as the main lead released in 1982(film-s for which he had completed shooting by the end of the year 1981) like Raj Mahal, Taaqat and the multi star Rajput , where Vinod Khanna played supporting role to main lead heroes Rajesh Khanna and Dharmendra were successful.He returned to Bollywood with Insaaf where he played together with Dimple Kapadia, became a hit.After his comeback he played romantic roles in Jurm and Chandni, but he was mostly offered roles in action films.After he made comeback in 1987, his successful solo hero films released in 1987-88 were Satyamev Jayate, Insaaf , Faisla, Mahaadev, Aakhri Adaalat. Aruna Raje's Rihaee (1990) where he played an emancipated man who accepts his wife's straying and Gulzar's underrated metaphysical melodrama, Lekin (1991) are regarded as his great work.His on screen pair with Meenakshi Seshadhri was widely appreciated and the pair had hits like Satyamev Jayate, Mahaadev,Jurm, Humshakal and Police Aur Mujrim.In the 1990s, Khanna successful solo hero films C.I.D. (1990), Jurm and Humshakal. He appeared in multi-hero casts in films such as Khoon Ka Karz, Police Aur Mujrim, Kshatriya, Insaaniyat Ke Devta, Ekka Raja Rani, Eena Meena Deeka, and the 2002 film Kranti. In 1997 he was the producer for Himalay Putra, in which he also starred, together with his son Akshaye Khanna.

Red Alert: The War Within

Pehchaan: The Face of Truth