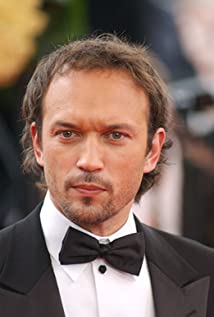 Handsome, soulful-eyed, exotic-looking leading man Vincent Perez is known for his grand and glossy French pictures, exuding a sexy stare and irresistible charm that has swept Gallic women off their feet for over two decades.Perez was born in Lausanne, Switzerland, to a German mother and a Spanish businessman father. From the classical theatre stage (Paris Conservatoire, L'Ecole des Amandiers) and in works ranging from Shakespeare to Chekhov, Perez became an instant romantic idol after pairing opposite slightly older femme stars Jacqueline Bisset in La maison de jade (1988) and Catherine Deneuve in the Oscar-winning film Indochine (1992). His true cinematic breakthrough, however, came as the callow, vacuous lover "Christian" opposite Gérard Depardieu's Cyrano de Bergerac (1990). The film is considered these days the definitive version of the Edmond Rostand classic.With this phenomenal European success, the lithe, moody heartthrob branched out internationally, finally making his American film debut in The Crow: City of Angels (1996), taking over the vengeful title role from the late Brandon Lee who was accidentally killed in the original. The sequel proved lackluster and the U.S. has since been surprisingly and sadly unresponsive. This may be in part due to his subsequent American movies, which have included the passionless I Dreamed of Africa (2000), Bride of the Wind (2001) and Queen of the Damned (2002) with the late musical star Aaliyah.Continuing into the millennium, Perez has remained an overseas art-house favorite and has graced scores of international films including the title role in the romantic French adventure Fanfan (2003); the Italian drama Happiness Costs Nothing (2003); the French/Swiss comedy co-production Welcome to Switzerland (2004); the Swedish action drama Arn: The Knight Templar (2007); the French dramas Tomorrow at Dawn (2009), Monsieur Papa (2011), A Butterfly Kiss (2011) and Hip-Hip i Hurra: Kto porwal bociany? (2011); the Irish drama The Price of Desire (2015); the Australian romantic dramedy Ladies in Black (2018); and the U.S. action adventure The Aeronauts (2019).Perez has been married to model/actress Karine Silla since 1998 and they have three children, including one set of twins). Sylla also has a child by Perez's ex-co-star Gérard Depardieu.

An Officer and a Spy