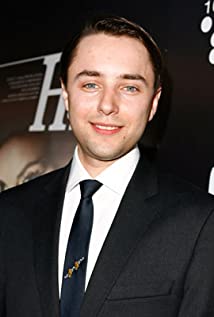 Known to audiences worldwide as spitfire advertising executive "Pete Campbell" on Matthew Weiner's Golden Globe, Emmy, and SAG Award-winning drama series Mad Men (2007), Vincent Kartheiser has actually been acting since he was a teen. Starting with Untamed Heart (1993), alongside Marisa Tomei, Kartheiser accumulated an impressive number of credits during his youth, inclusive of Little Big League (1994), Iron Will (1994), The Indian in the Cupboard (1995), and Alaska (1996). He has since appeared in the likes of Another Day in Paradise (1998) with James Woods and Melanie Griffith; Crime + Punishment in Suburbia (2000); and most recently, the sci-fi thriller In Time (2011), which reunited him with his Alpha Dog (2006) co-star, Justin Timberlake.During his Mad Men (2007) hiatus, Kartheiser filmed the indie, Beach Pillows (2014), and performed the lead role in "Death of the Novel", which brought him back to his stage roots, that originated at the renown Guthrie theatre.Kartheiser previously starred on Joss Whedon's Angel (1999), and has guest-starred in numerous other series, including ER (1994), BBC America's Money (2010), and The Cleveland Show (2009). He's also lent his voice to the big screen's Rango (2011) and will next lead the cast of FOX's High School USA! (2013).A native of Minneapolis, MN, Kartheiser was named after Vincent van Gogh and grew up surrounded by his works.

Most Likely to Murder

Day Out of Days