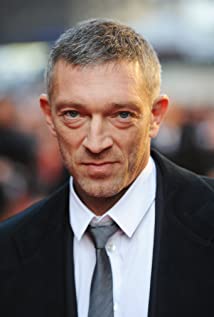 Blue-eyed Vincent Cassel was born in Paris to a leading actor father, Jean-Pierre Cassel, and a journalist mother, Sabine Litique. Often labeled as a tough guy because of his roles, eclectic choices and talent have made of him a star of European cinema. First in La Haine (1995), the young actor, actually coming from upper classes, succeeded to express the despair of a social class living in the suburbs of towns. This veracity in his play comes from the fact that he was in fact since years in connection with many hip-hop artists from the rising generation, (his own brother was leader of a legendary french rap group). Then the success of The crimson rivers, where he plays a young French cop alongside Jean Reno, made of him "the man to count on." He never hid his taste for rap music, break dance, Capoeira, Brasil and his endless energy, but Vincent is also a family man, married to Monica Bellucci, his Italian co-star from The Apartment (1996) (aka The Apartment); and recently a father.

The World Is Yours

The Emperor of Paris

The Movie of My Life

The Man Who Unlocked the Universe