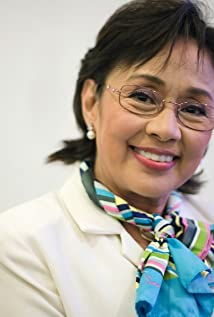 Rosa Vilma Santos started as a child actress at the age of 9 in Trudis liit (1963). The same movie that gave her first FAMAS best child actress award. She was married to Eduardo Manzano, with whom she has a son named Luis Philip. The birth of her son gave more success to her movie career; the reason why she calls him "Lucky". Several years afterwards, her marriage with Eduardo Manzano ended with divorce. In the middle of the 90s, her second marriage, to a rich politician, Ralph Recto who is now a senator, took place. She was blessed with another son, Ryan Christian. Vilma, now in her late 40s, entered into the political arena when she won in the local elections as city mayor of her husband's home residence. She has proven to her detractors that showbiz people can also be an effective public servant. She enjoys the title, 'Star for all seasons' of the Philippine Movie Industry as she continues to shine by reaping more acting awards and box office success.

The House in the Woods