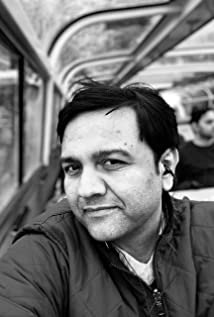 Vikas Sharma is a producer and a creative lead who has carved a niche for himself with films like "Qarib Qarib Single" (2017), "Toba Tek Singh" (2018) and "Lala Begum" (2016) to his credit. These struck an elusive balance, blending commercial and critical success. Vikas took his bedrock philosophy of blending commerce and aesthetic to another level with his stint in Zee5 as a producer and creative lead. Besides digital series and stand-alone features, he helped put together a unique collaborative venture under Zee's "Special Projects" initiative. It brought together some of the industry's foremost storytellers such as Nikkhil Advani, Tigmanshu Dhulia, Ketan Mehta, Bejoy Nambiar, Tanuja Chandra and Aparna Sen - all on one platform.Vikas Sharma (a.k.a., Ashu) was born on September 13, 1979 in Chandigarh, Punjab, India. After completing his Graduation in Humanities from Punjab University, he opted for a film course in Visual Communication. His passion for telling stories got him to Mumbai in 2003.