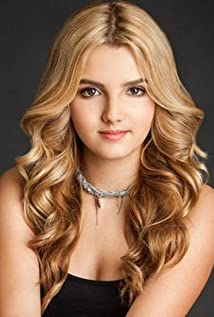 Whether lighting up the stage or starring in a hit TV series, Victoria Vida is the most electric talent to storm into Hollywood. This Miami-born, Brazilian/American actress and singer is a force to be reckoned with as she takes over the screen as the star of the Emmy award nominated Netflix series "Project MC2 ." Winner of "Best Actress" by the Brazilian International Press Awards for her role as the lovable fashionista "Adrienne Attoms" on the Netflix series, which is seen in over 190 countries worldwide. The series revolves around a group of girls who excel in the fields of STEM (science, technology, engineering and math). The high school-set series, with the seal of approval from the White House Council on Women and Girls/U.S. Department of Education, is based on the best-selling Project MC2 dolls that encourage girls to interact with and experiment with science.When she is not educating and encouraging her peers to enter the field of STEM, Victoria uses her talent to empower others. Drawing inspiration from difficult times she experienced in middle school, where she often felt like an outsider, she wrote and recorded the song "Shining Star". This is her way of reaching out to people who feel the way she used to and encourage them to always believe in their inner "Shining Star."Stepping out on stage at the Hollywood Pop Academy, at tender age of eight she was chosen to perform solo in front of a sold out Stevie Wonder concert, Victoria found her calling early. She uses her free time to perfect her craft, which includes playing the guitar and dancing. Family is Victoria's absolute everything, it is where she draws her strength and her values. Her close family ties also instill in her a desire to spread the love and support she receives from home to her community. Motivating her to help children in need by volunteering at local Los Angeles food banks and hospitals, adding to her list of passions she pursues when she's not on set. She considers herself a "World Citizen" because she feels one culture isn't enough to describe her, every new person, city and culture that she experiences makes a huge impact in her heart, and she integrates all knowledge she gains from these experiences into who she is. Victoria's life motto is DON'T ERASE YOURSELF, EMBRACE YOURSELF.