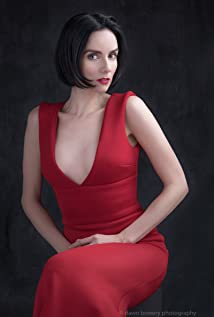 Actress and singer Victoria Summer is best known for her breakout role as 'Julie Andrews' in Disney's 'Saving Mr. Banks' opposite Tom Hanks and a supporting role in Paramount Pictures' 'Transformers: Age of Extinction' (Michael Bay). She has since appeared in 'Garlic and Gunpowder' (Vivica A. Fox/Martin Kove/Michael Madsen), 'Game of Aces' (Chris Klein), 'Ratpocalypse' (Casper Van Dien), and 'How Sweet Is It' (Erika Christensen/Joe Piscopo).Victoria has a myriad of projects in the pipeline. She will be filming for 'Vindication Swim' in Spring 2021. Victoria's character 'Edith Gade' is the rival to British swimmer Mercedes Gleitze who first swam the English Channel. Her next major role is as Julie Davis in the film 'Brooklyn All American', alongside Chris Noth and Christopher McDonald. The film follows the life of a young man looking to achieve greatness in division one's college football. On the small screen Victoria has a guest role in the period drama series 'Glow & Darkness' (Jane Seymour/Denise Richards) set during the medieval life of Francis of Assisi. It airs later in 2021. She also has a more contemporary period series 'Across the Pond', in which she serves as actor and producer. The comedy pilot is about a British mother and daughter who land in Los Angeles to find fame and fortune in the movie business, and in the process, ending up in some hilarious situations. Victoria has also created a successful new website and TV series called 'Next Generation Role Model' that shines the spotlight on up-and-coming young talent, visionaries, and leaders of the Next Generation.Along with her acting prowess, Victoria is a distinguished singer and from the age of three, a performer. From pantomimes and singing in the church choir to local theatre productions, her heart has always been in entertainment. She landed a scholarship at Arts Educational Schools in Chiswick, West London that earnt her an honours degree in Dance and Musical Theatre. In her last year of school, Victoria became the understudy to the lead role in 'Brighton Rock', directed by Michael Attenborough performing at the prestigious Almeida Theatre. More recently, she recorded and contributed songs for the soundtracks of 'Garlic and Gunpowder' and 'Ratpocalypse'.Victoria is a global ambassador for Teen Cancer America a non-profit co-founded by Roger Daltrey and Pete Townshend of The Who that provide facilities and support for adolescents and young adults with cancer. Further still, she has put together charity afternoon tea events 'Tea with Victoria Summer,' with the most recent having featured Sheryl Crow, Alfie Boe and Lesley Nicol (Downtown Abbey).In her free time Victoria practices yoga and helps to rescue animals and find them forever homes. Her compassion for animals extends to being a devoted vegan. Originally from the small town in the Wokingham in Berkshire, UK, Victoria resides in Los Angeles with her Pomeranian Bentley and black cat Elton John. She is engaged to Italian Michelin star chef Fabrizio Vaccaro.