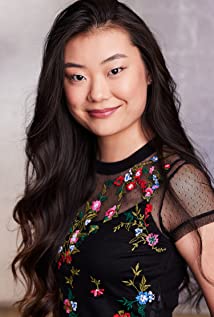 Victoria Grace grew up in a small town on the East Coast as the youngest of six children. When a TV crew came to film her family's pets, the director pulled her mother aside and told her that Victoria should act. Her mother put her in acting classes at age six, and soon after she landed her first job - a supporting role in a sitcom pilot called Moon Hollow. From there, she became a host on PBS, announcing the various cartoons and shows in interstitials.She was discovered at a talent search in DC, in which a manager recommended that she move to Los Angeles in order to pursue more professional acting. Since then, she's had walk-on parts on shows like E! The Soup, Freeform's Famous in Love, and the NBC sitcom Champions. She enjoyed working with many great actors in the 2012 Young Playwright's Festival, and also had a featured role in Kelly Clarkson's "Dark Side" video.Victoria Grace was featured in a game trailer for The Last of Us Part II during Sony's 2017 Paris Games Week. Naughty Dog then announced her new character, Yara, on social media. She took part in a Q&A panel with other cast members at PSX in December 2017, where she discussed how much she loves doing performance capture for the game and kept fans eager to learn more about her character.In addition to acting, Victoria Grace loves to read, sing, tap dance, and practice stage combat.