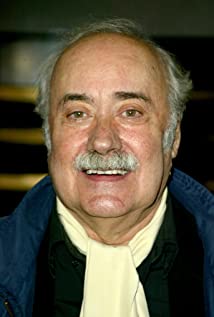 Comic eccentric and gifted raconteur Victor Spinetti was born in Wales on September 2, 1929, the son of Giuseppe Spinetti and Lily (Watson) Spinetti. Educated at Monmouth School, he was initially interested in a teaching degree but turned to acting instead and studied for the stage at the College of Music and Drama in the capital city of Cardiff.A familiar stage presence in London's West End, his roles included "Expresso Bongo" with Paul Scofield and Leonard Bernstein's "Candide". He also spent six years with Joan Littlewood's Theatre Workshop. Becoming noticed in some of his more important theater pieces such as "The Hostage," "Fings Ain't Wot They Used T'be," "Henry IV, Parts I & II" and "Every Man in His Humour," Victor's triumphant West End performance in the musical "Oh! What a Lovely War" led to the Broadway stage and both "supporting actor" Tony and Theatre World awards.In the late 1960s, Victor co-starred in "The Odd Couple" with Jack Klugman when it toured London. A noted performer with the Royal Shakespeare Company, he proved equally adept in theatre musicals, providing delicious villainy as Fagin in "Oliver!" and Captain Hook in "Peter Pan". A theatre director of both legit and musical plays as well, Victor's one man show "A Very Private Diary" played all over the world. At age 70+, Victor remained active under the theatre lights playing Baron Bomburst in the musical version of "Chitty Chitty Bang Bang" in 2003, and Baron Zeta in the operetta "The Merry Widow" in 2004.Making his film debut with an uncredited bit in the British Behind the Mask (1958), Victor was featured in such films as Sparrows Can't Sing (1963) and The Gentle Terror (1963) before becoming a vital part of the cult "Beatlemania" phenomenon adding to the insanity in three of The Beatles' cinematic vehicles: A Hard Day's Night (1964), Help! (1965) and their hour-long Magical Mystery Tour (1967). While he could be quite dramatic when called upon, it was his comedic character diversions that showed up in such 1960's and 70's films as The Wild Affair (1965), the Burton/Taylor take on The Taming of the Shrew (1967) (as Hortensio), The Biggest Bundle of Them All (1968), Can Heironymus Merkin Ever Forget Mercy Humppe and Find True Happiness? (1969), Start the Revolution Without Me (1970), offbeat leads in both the comedy This, That and the Other! (1969) and the crimer Defeat of the Mafia (1970), another Taylor/Burton effort Under Milk Wood (1971), Digby: The Biggest Dog in the World (1973), The Little Prince (1974), The Return of the Pink Panther (1975), Meeting Resistance (2007), Voyage of the Damned (1976), Some Like It Cool (1977) and Fiona (1977).A TV favorite in England, he starred or co-starred in the comedy series Two in Clover (1969) opposite "Carry On" star Sidney James and Take My Wife... (1979). He focused more and more on the small screen into the 1980's with guest spots on such series as "Time of Your Life," "Sweet Sixteen," "Kelly Monteith" and "Bad Boyes," and a third regular TV series role in the comedy An Actor's Life for Me (1991) playing the inept agent of a struggling actor.An excellent conversationalist and storyteller who briefly extended his talents into writing, Victor's later acting credits included the films Under the Cherry Moon (1986), The Krays (1990) and Julie and the Cadillacs (1999), the TV movies Mistral's Daughter (1984), The Attic: The Hiding of Anne Frank (1988) (as Van Daan), The Adventures of Young Indiana Jones: Attack of the Hawkmen (1995) and as a voiceover actor (the animated TV series (SuperTed (1983) and The Further Adventures of SuperTed (1989)).Last seen in a couple of short films in 2006, Victor died on June 18, 2012, age 82, after being diagnosed with pancreatic cancer the year before. He survived (by 15 years) his longtime partner, actor Graham Curnow, who died in 1997.

The Story of Musicals

The Adventures of Young Indiana Jones: Attack of the Hawkmen

The Princess and the Goblin

Under the Cherry Moon

The Lion, the Witch & the Wardrobe

Voyage of the Damned