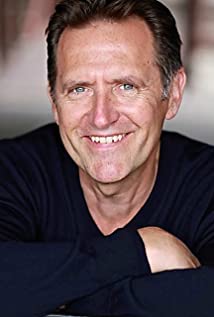 A staple of American stage, screen, and television for over 30 years, Victor Slezak hails from Youngstown, Ohio.Victor's earliest influences in entertainment came through the screen of Jack and Sam's Warner Brothers Theater, where his mother was a box office girl. So, too, was the black and white TV set in his parents' living room an early influence. He cites seeing Montgomery Clift in _Freud_, James Dean in Rebel Without a Cause (1955), and George C. Scott in the old East Side/West Side (1963) series as performances that piqued his earliest interest. The Franciscan nuns at Saint Stanislaus Grade School taught in the Jesuit mode, placing heavy weight on the correct use of language and oratory skill. Theatre was used as a teaching tool. At an early age, Victor's acting in, directing, and writing plays stemming from the Bible became a normal part of his daily routine and education. His talent and efforts gained recognition when he was asked to join a select handful of students in reading the Book of Genesis aloud to their church congregation. Toward the end of high school, after being selected and appearing in leads in the school plays, Victor's guidance counselor pulled him out of class to announce good news: he'd been awarded a scholarship to study acting at Ohio State. Victor turned it down. The summer before, Victor had spent 10 weeks as an apprentice at the Lakewood Musical Playhouse. There was another force and first love begging for his attention. From an early age he spent his free time making drawings in pencil and ink. He couldn't see himself pursuing acting as a career after seeing those amazing performers drawing their 75 dollar a week paycheck and no job after the ten weeks. So, at the ripe old age of 17, he moved to New York City to become a visual artist. He was on the fast track to become an advertising art director when a friend who worked as a scenic designer from that summer of stock called from out of the blue and asked Victor if he'd like to paint scenery for the venerable Chautauqua Opera Company in western New York state. Victor arranged for a brief leave of absence from the advertising firm. A life in the theatre had called to him by a most circuitous route. Victor never went back to the ad firm. When his work at Chautauqua ended, he landed a job stage managing variety acts - a country/western band, a juggler, and a magician - at the Cedar Point Amusement Park in Sandusky, Ohio. In an era before Amazon or Barnes and Noble existed, he began to hunt for books on acting. Victor's first introduction to Uta Hagen was in his Speech and Drama class where he heard a recording of "Who's Afraid of Virginia Woolf".His first professional jobs came from regional theatre, roles like Rodolfo in A View from the Bridge at the Berkshire Theatre Festival and several stints at Hartford Stage, including Eben in Desire Under the Elms playing opposite Frances Fisher; Whit in Of Mice and Men with fellow Youngstowner Ed O'Neill, and Algernon in The Importance of Being Ernest with Mary Louise Parker. Exceptional material and the chance to work with great artists kept Victor in New York when so many of his peers moved west to pursue Los Angeles. Stage jobs in the city soon beckoned. Victor's performance as Lachlen in The Hasty Heart at Mirror Repertory off-Broadway led to his being cast opposite Geraldine Page at the same venue in a Ibsen's Ghosts, directed by Austin Pendleton. Television jobs followed including a recurring role on ABC's "Guiding Light". Broadway beckoned in 1993. Victor played John Cleary in Frank Gilroy's Any Given Day (the precursor to The Subject was Roses) alongside Sada Thompson at the Longacre Theatre, following that playing Dr. Sugar in Tennessee Williams' Suddenly Last Summer at Circle in the Square with Elizabeth Ashley, JFK in Jackie: An American Life with Margaret Colin at the Belasco, Mr. Robinson in The Graduate with Kathleen Turner at the Plymouth Theatre, and John the Baptist in Salome with Al Pacino at the Barrymore Theatre. Film roles began to pop up as well: The Devil's Own (1997) directed by Alan J. Pakula with Harrison Ford and Brad Pitt; The Bridges of Madison County (1995) with Meryl Streep, directed by Clint Eastwood. After Uta Hagen's death in 2004, Victor received phone calls from HB Studios asking him to consider teaching. Harkening to a need to give back to the school and the craft that had nurtured him, he eventually agreed to work a class into his schedule "I went to teach my first class and found that the Studio had put me in the same room where I'd first met Uta." Today, Victor serves on the Board of the HB Playwrights Foundation, a position he's held since 2009 and makes time each year to be a part of their CORE program. He is also a member of the Actor's Studio and The Ensemble Studio Theater. He is known throughout the industry for the research he brings to playing roles of particular power and complexity (Enrico Brulard, the totalitarian chef on HBO's _Treme_;