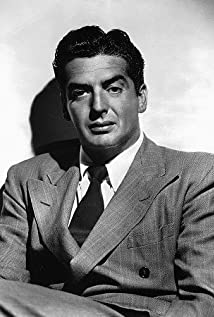 American leading man Victor John Mature was born in Louisville, Kentucky, to Clara P. (Ackley) and Marcellus George Mature, a cutler and knife sharpener. His father, born Marcello Gelindo Maturi in Pinzolo, Trentino, was Italian, and his mother was of Swiss-German and German descent. Mature worked as a teenager with his father as a salesman for butcher supplies. Hoping to become an actor, he studied at the Pasadena Playhouse in California. He auditioned for Gone with the Wind (1939) for the role ultimately played by his fellow Playhouse student, George Reeves. After achieving some acclaim in his first few films, he served in the Coast Guard in World War II. Mature became one of Hollywood's busiest and most popular actors after the war, though rarely was he given the critical respect he often deserved. His roles in John Ford's My Darling Clementine (1946) and in Henry Hathaway's Kiss of Death (1947) were among his finest work, though he moved more and more frequently into more exotic roles in films like Samson and Delilah (1949) and The Egyptian (1954). Never an energetic actor nor one of great artistic pretensions, he nevertheless continued as a Hollywood stalwart both in programme and in more prominent films like The Robe (1953). More interested in golf than acting, his appearances diminished through the 1960s, but he made a stunning comeback of sorts in a hilarious romp as a very Victor Mature-like actor in Neil Simon's After the Fox (1966). Golf eventually took over his activities and, after a cameo as Samson's father in a TV remake of his own "Samson and Delilah" (Samson and Delilah (1984)), he retired for good. Rumors occasionally surfaced of another comeback, most notably in a never-realized remake of Red River (1948) with Sylvester Stallone, but none came to fruition. He died of cancer at his Rancho Santa Fe, California, home in 1999.

The Legend of Marilyn Monroe

Valley of the Dragons