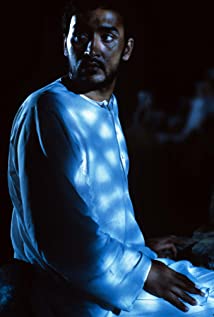 Victor Banerjee Early life Banerjee was born to a Zamindari Bangali Hindu family and is a descendant of The Raja Bahadur of Chanchal and the Raja of Uttarpara. He received his schooling at St. Edmund's School, Shillong, and graduated in English Literature from St. Xavier's College, Calcutta and did Post Graduate studies in Comparative Literature at Jadavpur University. He turned down a scholarship to the Trinity College in Dublin who had offered,through the Irish Christian Brothers, to admit him as an Operatic Tenor. He was the lead tenor in the the "Calcutta Light Opera Group" production of the "Desert Song" and even played "Jesus" in Bombay Theatre's first ever musical production, "Godspell". Career Victor Banerjee (born 15 October 1946) is an Indian actor who appears in Hindi, Bengali and English language films. He has worked for prominent directors such as Roman Polanski, James Ivory, Sir David Lean, Jerry London, Ronald Neame, Mrinal Sen, Shyam Benegal, Satyajit Ray and Ram Gopal Varma. In 1984, he acted as Dr. Aziz Ahmed in David Lean's film A Passage to India, bringing him to the attention of Western audiences. Victor was nominated for BAFTA award for this role in 1986. He won two other awards for this role: Evening Standard British Film Award and NBR Award (National Board of Review, USA). In April 1985, at a special event in Louisiana, where John Travolta and Loretta Swit were also honoured, Banerjee was given the "SHOWARAMA AWARD" by the Motion Pictures Association of America as "New International Star". He acted in Merchant Ivory Productions Hullabaloo Over Georgie and Bonnie's Pictures, Satyajit Ray's Shatranj Ke Khilari and Ghare Baire and in Mrinal Sen's Mahaprithivi. Though in recent years he has been involved with Bollywood, he is affiliated with the Bengali film industry. He also plays 'character actor' roles from time to time in the British cinema. He was also cast in the critically acclaimed role of "Jesus" in the 1988 production of the York Mystery Plays, by director Steven Pimlott. He is the only person in India who has won the "National Award" in three separate categories. As a Cinematographer for his documentary called "Where No Journeys End" which, in competition with 3100 entries from 27 countries, also won the "Gold Award" at the Houston International Film Festival. He won an award for Direction with the best documentary on Tourism called "The Splendour of Garhwal and Roopkund" and he won the "Best Supporting Actor" award for his work in Satyajit Ray's "Ghare Bairey".Life When not in Calcutta, he is to be found in the hill station of Landour in the Lower Western Himalaya in northern India. He has written short stories and is a regular contributor of articles to magazines, periodicals and newspapers in India, on diverse and eclectic topics. His nonchalance to be politically incorrect and write with a bold and satirical pen, has been respected and admired widely. He has involved himself from time to time in human rights and labor issues. He helped form the Screen Extras Union of India and campaigned for the rights of Garhwali farmers. He also campaigned for the creation of Uttarakhand in a speech entitled "Uttarakhand: A People Denied" and has been credited with starting the movement that eventually led to the creation of the Uttarakhand Solidarity Network. For almost forty years, he has run a Blind School in Upper Assam, called the "Moran Blind School", where over seventy boys and girls from the families of tea garden workers and the poorest of villagers,receive free board and lodging and an education till they leave for junior college. He is the "Brand Ambassador" for the Srimanto Shankardev Movement, that is reviving the culture of neo-Vaishnavites that was first introduced in the 15th Century, in Assam. He is the "Brand Ambassador" for the "Dimasa Tribe" of the Cachar Hills of Northeast India, one of the most cultured peoples of the northeast tracts, one the earliest Sino-Tibetan tribes to inhabit the eastern Himalaya. He is the Brand Ambassador of the "Bird Watchers Association of Uttarakhand". He has for several years been the "Goodwill Ambassador" for "MENTAID" an organization that cares for the mentally challenged in Calcutta.

Land of the Gods

Delhi in a Day