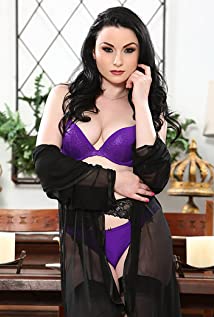 Tiny (5'2"), but comely, sexy, and shapely dark-haired brunette Veruca James was born in Chicago, Illinois. Her first job was working at a concession stand at a drive-in movie theater. Veruca had an office job as an accounting manager prior to her involvement with the adult industry. James did her first hardcore sex scene in May, 2011. Veruca has appeared in explicit X-rated features for such notable companies as Evil Angel, Girlfriends Films, Burning Angel, and Jules Jordan Video.