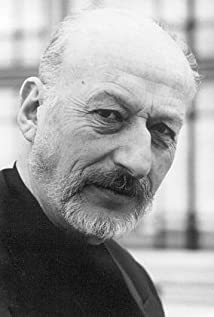 Once called "the patron saint of the acting profession" by Rupert Everett, Franco-British thespian Vernon Dobtcheff was born to a family of Russian extraction Nîmes and reared at Ascham Preparatory School in Eastbourne, Sussex, where he was bitten by the acting bug and won the school's Acting Cup. He became a staple of British television dramas in the 1960s, including a historic episode of Doctor Who (2005) where he became the first actor to ever utter the phrase "Time Lord" in the show's canon.Often cast as clergymen, bureaucrats, and other authority figures; Dobtcheff has appeared in many high-profile films and television programmes throughout the following decades, starring opposite the likes of Laurence Olivier, Richard Burton, Tom Courtenay, Julie Andrews, Vanessa Redgrave, Michael Caine, Albert Finney, Sean Connery, Meryl Streep, John Gielgud, Harrison Ford, Mel Gibson, Jeremy Irons, and Ethan Hawke. He's equally at home on the theatrical stage, or in projects made in his native France.

The Haunting of Margam Castle