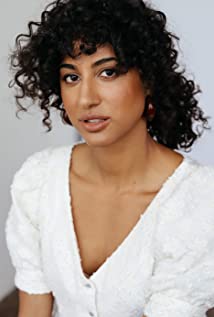 Vella can be seen on season three of the critically acclaimed series Crazy Ex-Girlfriend. For two seasons, Vella's character Heather has been the fan favorite/ standout comic relief alongside Golden Globe Winner Rachel Bloom. In season three, fans have been in shock when they saw Heather, the underachieving roommate of Rebecca (Bloom) change her tune and make big steps in both her professional and personal life. She has always been able to dish out her opinion to others, but this season, she's has made moves to work on herself. Unlike her character on the series, Vella is no underachiever. Most recently, Vella was seen in the smash hit THE BIG SICK, where she played Khadija, who Kumail's (Kumail Nanjiani) parents are trying to set him up with. Khadija is smart, funny, and grounded, and she has the opportunity to call Kumail out on his behavior. Continuing on the film side of things, Vella will have a supporting role alongside Molly Ringwald, Brian d'Arcy James, Jemima Kirke, in the independent film ALL THESE SMALL MOMENTS which is set for release in early 2018. In between shooting, Vella currently stars in FRIEND THERAPY, a web series she co- wrote and stars in alongside her best friend Clea Alsip (Broadway's M. Butterfly). Currently available on Chuckler, FRIEND THERAPY follows two best friends who work through their political differences after the 2016 election in a series of hilarious, awkward, and potentially disastrous therapy sessions. She is also part of an all-female sketch group called "Razor Burn" where they release video sketches. A graduate from the Juilliard School, Vella has a bachelor's degree from New York University. While at Julliard, she played Anna Mae in Pulitzer Prize Winner Lynn Nottages' "By The Way, Meet Vera Stark," and Lady Macbeth in an adaptation of "Macbeth." Vella has also acted in "The Bacchae" directed by JoAnne Akalaitis at Shakespeare in the Park and "The Great Recession" as well as "Kaspar Hauser" at The Flea Theater. At Williamstown Theatre Festival, she was seen in "A Streetcar Named Desire" directed by David Cromer, "When You're Here" by Samuel Hunter, and "Camp Monster," a new children's musical. Her past television credits include Girls and CollegeHumor Originals.