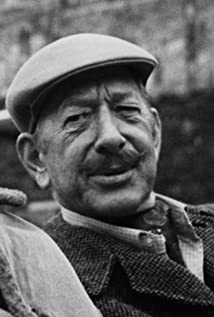 Reedy, balding, often bespectacled American character actor with pencil-thin moustache, once described as the man with TV's 'most deceptive face'. He looked like - and was - a certified public accountant, graduate from Northeastern University. A struggling actor in his youth, he worked in stock, tent shows and on radio. After army service in World War II, he became a prolific performer in early anthology series on television (eg. Kraft Theatre (1947) and Robert Montgomery Presents (1950)), though he continued to alternate these with appearances on the New York stage. He was also glimpsed in movies, invariably in small supporting roles, most notably as Deacon Davis in Cat on a Hot Tin Roof (1958), and as George Lowery, boss to doomed Janet Leigh in Psycho (1960).Vaughn reserved his best for the small screen, where he showed his versatility in genial or waspish roles, often as doctors, judges and bankers. He was capable of portraying benevolence as easily as taking on the mantle of greedy or corrupt attorneys, or second-string grifters (his repertoire even included vicious real-life gangster, George 'Pa' Barker, in an episode of The Untouchables (1959)). Among his numerous TV credits, his five journeys into The Twilight Zone (1959) stand out in particular.Severe spinal deterioration brought about Vaughn's retirement from acting in 1976. His wife of many years, Ruth Moss, a fellow graduate of the Leland Powers School, was a noted Boston radio personality and Broadway actress.

The Ballad of Cable Hogue

The Shakiest Gun in the West