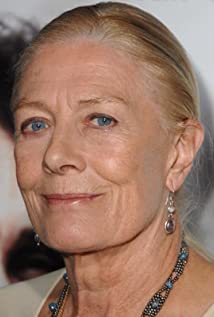 On January 30, 1937, renowned theatre actor Michael Redgrave was performing in a production of Hamlet in London. During the curtain call, the show's lead, Laurence Olivier, announced to the audience: "tonight a great actress was born". This was in reference to his co-star's newborn daughter, Vanessa Redgrave.Vanessa was born in Greenwich, London, to Michael Redgrave and Rachel Kempson, both thespians. Three quarters of a century after her birth (despite numerous ups and down) this rather forward expectation has definitely been lived up to with an acclaimed actress that has won (among many others) an Academy Award, two Emmys, two Golden Globes, two Cannes Best Actress awards, a Tony, a Screen Actors Guild award, a Laurence Olivier theatre award and a BAFTA fellowship.Growing up with such celebrated theatrical parents, great expectations were put on both herself, her brother Corin Redgrave and sister Lynn Redgrave at an early age. Shooting up early and finally reaching a height just short of 6 foot, Redgrave initially had plans to dance and perform ballet as a profession. However she settled on acting and entered the Central School of Speech and Drama in 1954 and four years later made her West End debut. In the decade of the 1960s she developed and progressed to become one of the most noted young stars of the English stage and then film. Performances on the London stage included the classics: 'A Touch of Sun', 'Coriolanus', 'A Midsummer's Night Dream', 'All's Well that Ends Well', 'As You Like It', 'The Lady from the Sea', 'The Seagull' and many others. By the mid 1960s, she had booked various film roles and matured into a striking beauty with a slim, tall frame and attractive face. In 1966 she made her big screen debut as the beautiful ex-wife of a madman in an Oscar nominated performance in the oddball comedy Morgan! (1966), as well as the enigmatic woman in a public park in desperate need of a photographer's negatives in the iconic Blow-Up (1966) and briefly appeared in an unspoken part of Anne Boleyn in the Best Picture winner of the year A Man for All Seasons (1966).She managed to originate the title role in "The Prime of Miss Jean Brodie" the same year on the London stage (which was then adapted for the big screen a few years later, but Maggie Smith was cast instead and managed to win an Oscar for her performance). Her follow up work saw her play the lead in the box office hit adaptation Camelot (1967), a film popular with audiences but dismissed by critics, and her second Academy Award nominated performance as Isadora Duncan in the critically praised Isadora (1968).Her rise in popularity on film also coincided with her public political involvement, she was one of the lead faces in protesting against the Vietnam war and lead a famous march on the US embassy, was arrested during a Ban-the-Bomb demonstration, publicly supported Yasar Arafat's Palestine Liberation Organization (PLO) and fought for various other human rights and particularly left wing causes. Despite her admirably independent qualities, most of her political beliefs weren't largely supported by the public. In 1971 after 3 films back to back, Redgrave suffered a miscarriage (it would have been her fourth, after Natasha Richardson, Joely Richardson and Carlo Gabriel Nero) and a break up with her then partner and father of her son, Franco Nero. This was around the same time her equally political brother Corin introduced her to the Workers Revolutionary Party, a group who aimed to destroy capitalism and abolish the monarchy. Her film career began to suffer and take the back seat as she became more involved with the party, twice unsuccessfully attempting to run as a party member for parliament, only obtaining a very small percentage of votes.In terms of her film career at the time, she was given probably the smallest part in the huge ensemble who-dunnit hit, Murder on the Orient Express (1974) and given another thankless small part as Lola Deveraux in the Sherlock Holmes adventure The Seven-Per-Cent Solution (1976).After a celebrated Broadway debut, she created further controversy in 1977 with her involvement in two films, firstly in Julia (1977) where she acted opposite Jane Fonda as a woman fighting Nazi oppression and narrated and featured in the documentary The Palestinian (1977) where she famously danced holding a Kalashnikov rifle. She publicly stated her condemnation of what she termed "Zionist hudlums", which outraged Jewish groups and as a result a screening of her documentary was bombed and Redgrave was personally threatened by the Jewish Defense League (JDL). Julia (1977) happened to be a huge critical success and Redgrave herself was nominated for a Best Supporting Actress Oscar, but Jewish support groups demanded her nomination to be dropped and at the event of the Academy Awards burned effigies of Redgrave and protested and picketed. Redgrave was forced to enter the event via a rear entrance to avoid harm and when she won the award

The Wound and the Gift