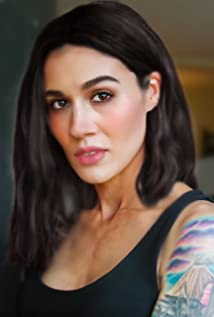 Vanessa Giselle was born in Iowa City, Iowa. She is best known for her Recurring Guest Star role on FX's Mayans M.C. (2021), in which she portrays a sensitive and hurting heroin abuser named Hope. She also had a recurring role on the popular Starz series VIDA (2020), and has made appearances on shows such as FX's Sons of Anarchy and Showtime's Shameless.

The American King-As told by an African Priestess