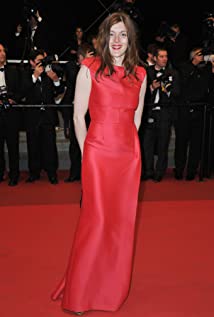 A tall, slim brunette with deep red puckered lips, Valérie Donzelli plays wonderfully clumsy, gawky, goofy girls, failed seductresses and successful charm freaks. She is also a noted film director, whose works explore very different registers, which she does not hesitate to mix whether comic, offbeat, sentimental, tragic, sometimes with little concern for the Cartesian spirit. The granddaughter of painter-sculptor Dante Donzelli, Valérie was born in 1973 in Épinal, a town in the North-East of France. At 18 she went to Paris to study studied architecture, but after a while decided instead to become an actress, which was encouraged by a young performer she met, Jérémie Elkaïm, who later became her companion..She soon landed a title role, that of a neurotic young mother in Sandrine Veysset's « Martha... Martha » (2001). The next parts in movies were only supporting roles (« Who Killed Bambi? », « The Best Day of My Life », « In His Hands ») but she was treated better by television, for instance in the series « Clara Sheller », in which she played Clara Sheller's best friend and which made her known to the general public..But playing was not enough for Valerie Donzelli. She was just itching to write and direct (and produce, which she did later in her career). It was not long before she took action, often with the collaboration of her life partner Jérémie Elkaïm as her leading man and/or co-writer. After two shorts, she made a notable feature, « The Queen of Hearts » (2009), in which she imposed the character of the insecure Adèle, both comic and pathetic, who finds it hard to recover after a painful breakup. A breakup that took place in real life between Jérémie and her, although the ex-pair remained in good terms afterwards and went on working together, the most striking of their work together being unquestionably « War is Declared » (2011), which tells the heart-breaking story of how their young couple went through the terrible illness of their 18-month-old child. It was both a great critical and box-office success.Less of a hit at the box office but interesting for their artistic options though were « Hand in Hand », (2012) the story of a a passionate love affair that literally sticks together a dance teacher and a young glass-worker as well as « Marguerite et Julien » (2015), a Romeo and Juliet-like story between... a brother and a sister. Her last picture to-date, « Notre dame » features two stars, Paris's Notre Dame cathedral filmed a few months before the April 2019 fire that devastated the building and Valérie Donzelli herself, who more or less reprises the role of the clumsy, overwhelmed heroine of « The Queen of hearts », now turned an architect (doesn't it remind you of something?) - caught up in a reality that's beyond her. Between the films she makes, those she plays in generally interesting films such as the hilarious Swiss comedy « Longwave » (2013) or the more serious « The White Knights » (2015). A hyperactive creator and performer, Valérie Donzelli will certainly continue to amaze us, to amuse us and to make us think for yet a long time to come