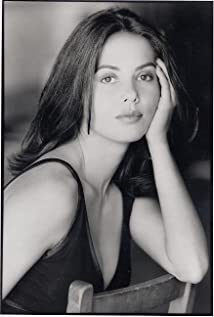 Vaitiare was born Eugenie Vaitiare Hirshon in Tahiti, French Polynesia, and was later known as Vaitiare Bandera, after she married producer Peter Bandera in 1994-97. She has an older brother and a younger half-brother. Her parents met during the filming of Mutiny on the Bounty, starring Marlon Brando. Her father, Charles Heimata Hirshon, was born in Tahiti, of half American German-Jewish and half Tahitian-Maori descent, and started the movie theaters in the South Pacific. Her grandfather, Lewis Hirshon, a stockbroker, was from New York.It is at her grandfather's house in Tahiti where the Pulitzer Prize-winning author of "Tales of the South Pacific", James A. Michener, wrote "Return to Paradise". Her mother, Georgina Toomaru, came from a French, English, Polynesian / Cook Island (Royal Makea family) mix, was a young model and the first airline stewardess in Tahiti. It is through her mother, Vaitiare is able to trace her roots to the Royal House of Makea, located in Rarotonga, Cook Islands, where her Grand Cousin, Tinomana Ariki Puaikura, was the "Queen of Queens". Vaitiare is a 17th generation Makea with 11 Documented King and Queen Ancestors in her genealogy.Young Vaitiare left Tahiti with her mother and brother, at the age of 8. She graduated high school at the age of 16, and signed with a top modeling agency in Los Angeles and booked her first audition. A year after, at the age of 17, she auditioned for the internationally singer, Julio Iglesias' Christmas Special music video, filmed in her homeland.She was offered the lead female role in the remake of The Bounty, starring a young Mel Gibson, and turned it down. In her early 20's, she starred in her first comedy film in Spain, Tahiti's Girl, and then decided to study acting, back in Los Angeles, with renown acting coach, Larry Moss. She hosted an award-winning 13 episodes documentary, "Tahiti and her Island", for TVE- Spain.She appeared in several TV ads and was named Ambassador of Good Will for a Disabled Childrens Charity in South America. Vaitiare was the Hispanic spokesperson for Miller Beer, from 1993 through to 1995. She has also appeared in ads for Cox Communications, Sears, J.C. Penney, Toyota, Coors Dry, Caroche Jeans-Spain and Honda-Tahiti. She starred in the Spanish-language novella, Agujetas de color de rosa, which was seen in 45 countries. She also made guest appearances on Married... with Children, Out of the Blue and Acapulco H.E.A.T.. She had a role in the movie, U.S. Marshals. Vaitiare's best-known role was on Stargate SG-1, where she guest-starred in several episodes as Daniel Jackson's wife, "Sha're".It is on the set of the pilot episode of "Stargate SG-1", where she met the father of her child, Michael Shanks. They have a daughter, Tatiana Shanks, born in 1998. They remain good friends and share custody. Vaitiare has a son, Kenta Asars, born in 2005. Vaitiare resides in Los Angeles with her son Kenta.