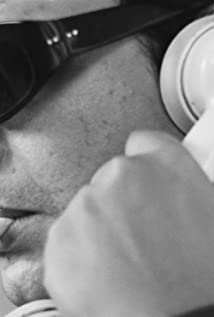 The legendary Bengali Actor of Calcutta, Uttam Kumar (Guru, Mahanayak as fans say), widely regarded as one of the Greatest actors ever in India, was an Indian film actor, director, producer, singer, music composer, playback singer who predominantly worked in Indian Cinema. Though he was a commercial success and widely accepted as the Greatest Actor of Bengali film, he also achieved great critical appreciations for his natural way of acting. When the Indian government instituted the National Film Awards for National Film Award for Best Actor and National Film Award for Best Actress in 1967, Uttam Kumar was the first-ever recipient of the Best Actor Award for his performances in Antony Firingee and Chiriyakhana in 1967. Acted in over 250 films with different experimental and complicated characters. Among which "Nayak", "Bicharak", "Jatugriha", "Chiriyakhana", "Khokababur Protyabarton", "Chowrongiee", "Ekhane Pinjar", "Thana Theke Aschi" etc. shows his genius.Though there were problems regarding editing, co-stars and others in contemporary Bengali films, still his genius acting made him the most popular film star. He is well acclaimed due to the successful depiction of several kinds of characters in films apart from his romantic image. He received the Best "greatest Actor" MAHANAYAK award for the same film from the Government of India on 25 November 1975. The price was worth 500000 rupees. Besides 8 times Bengal film Journalists' Awards for his incomparable acting he got many prizes and acclaims throughout his life. Got the Indian national award Padmashree for his contribution to Bengali films. He produced "Saptapadi" which was a commercial hit and approved Uttam Kumar along with Suchitra Sen the romantic Icon of Bengali Film forever. It got Certificate of Merit for Second Best Feature Film in Bengali in 1961 National Film Award, India. He starred in Hindi films like "Kitaab", "Dooriyan", "Plot no. 5", "Amanush", "Anand Ashram" etc. which approves his popularity and also shows beauties of natural acting. He composed music for the film "Banpalashir Padabali", which was a great commercial hit. He was very generous to poor co-workers in Film Industry but he lived an alcoholic reckless life. Workaholic Uttam Kumar died while filming "Ogo Bodhu Sundari" one of the greatest comedy films of Bengal, in Belle Vue Clinic on 24th July 1980.The Tollygunge metro station of Kolkata Metro was renamed as "Mahanayak Uttam Kumar". Satyajit Ray paid homage to his death saying "It is the demise of a leading light of the Bengali film industry...There isn't - there won't be another hero like him."