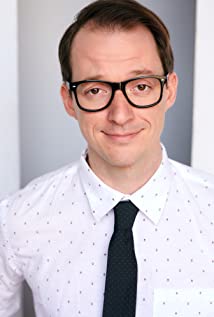 Tyler Seiple is an actor, director, writer, and producer for film and theatre. Born and raised in Columbus, Ohio, he studied theatre and history at the Ohio State University before earning an MFA in Acting at the University of California, Irvine. An advocate of voice and speech for performers, he is an Associate Teacher of Fitzmaurice Voicework and a Certified Teacher of Knight-Thompson Speechwork, specializing in a wide variety of accents of English. Seiple has also trained classically on piano and oboe, with experience singing in choirs as well as musical theatre. His early training as a puppeteer even resulted in his first screen credit (Fifteen Minutes: Of Mice and Mops (2006)).Seiple's on-screen appearances include Separation Anxiety (2010), Travelling Salesman (2012), and The Mix (2017). His television credits include Penny Dreadful: City of Angels (2020) on Showtime, SEAL Team (2017) on CBS, and Lucifer (2016) on Fox. His award-nominated stage experiences include West Coast successes such as The Hamlet Project (Loose Canon Collective), The Pliant Girls (Fugitive Kind), Endgame (dir. Robert Cohen), and The Producers (Summer Repertory Theatre). He was a fan favorite guest star in recurring episodes of My Roommate the (2010). Previous award-winning directing stage credits include The Fire Room (2014), The Dream Factory (2015), a feminine ending (2016), and Grace (2017), while his short films Life, Perfected (2014) and One Year Later (2018) earned him festival awards for writing, directing, and acting.