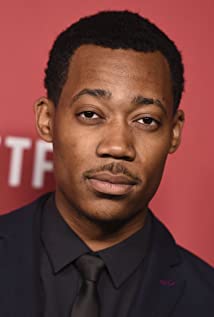 Tyler James Williams is an American actor, most recognizable for having played the title character of the Chris Rock-inspired sitcom Everybody Hates Chris (2005) and songwriter Cyrus DeBarge in the Disney Channel movie Let It Shine (2012). He became known for playing the lead role in the show Everybody Hates Chris and at the age of just 14 became the youngest person to win an NAACP Image Award. He also had a supporting role as Noah on AMC's The Walking Dead. he is also a rapper, martial artist and musician.Williams was born on October 9, 1992 in Westchester County, New York, and was raised in Yonkers, by his father, police sergeant Le'Roy Williams, and his mother, singer and songwriter Angela Williams. He has two younger brothers, actors Tyrel Jackson Williams (born on March 16, 1997) and Tylen Jacob Williams (born in December 8, 2001) with Tyrel starring on the Disney XD series, Lab Rats and Tylen starring on Instant Mom as James. Williams had also appeared on Lab Rats, portraying his brother's character's future self.Before fame and beginning his acting career, He was raised in Yonkers, New York, and began acting at the age of just four when he voiced Bobby on the children's show Little Bill replacing Devon Malik Beckford in 2000, and played himself (or an eponymous character, "Tyler") on the children's show Sesame Street from 2000 to 2005. He rose to fame in 2005 by playing the title character in the hit series Everybody Hates Chris, which finished in 2009. He won a Young Artist Award in 2007 for his work on the show. He has also been a guest star in Two for the Money, Law & Order: Special Victims Unit, and the show Hi-Jinks. In late 2009, Williams appeared in the second season of True Jackson, VP as True's love interest Justin "Lil' Shakespeare" Weber in the two-part episode "Flirting with Fame". In 2012, Williams got the role of Owen in the series Go On. He also played the lead role of Cyrus DeBarge in the Disney Channel Original Movie Let It Shine alongside Coco Jones, Trevor Jackson, and Brandon Mychal Smith. Williams was also featured on nine songs on the film's soundtrack, showing off his rapping skills. The movie premiered on June 15, 2012, and his songs "Don't Run Away", "Me and You", "Guardian Angel", "Let It Shine", and "Moment of Truth" all received airplay on Radio Disney. The videos were also played frequently on the Disney Channel. Williams also stars in the Disney XD series, Lab Rats as a future version of the character his little brother Tyrel Jackson Williams played. In 2014 Williams starred in Justin Simien's 2014 independent film Dear White People. In 2014, Williams was cast as the recurring character Noah on the television series The Walking DeadIn an amazing trivia, He won a Young Artist Award for his work on Everybody Hates Chris in 2007 and played the role of Simon in 2013's Tyler Perry Presents Peeples. He appeared in the 2012 Disney Channel movie, Let it Shine, alongside Coco Jones. Tyler also associated himself with his two younger brothers Tyrel and Tylen on Everybody Hates Chris, where Tyrel and Tylen played a younger version of Chris. Tyler resides in Los Angeles, California with his two younger brothers and when he's not busy acting, he answers interviews, and hangs out with his brothers and friends playing sports and other games. His father is a sergeant in the NYPD with nearly 20 years on the force.

The United States vs. Billie Holiday