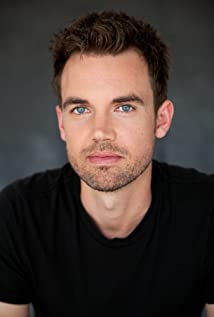 Tyler Hilton is both an actor and an accomplished singer/songwriter. He began his professional career in music in 2000. In 2004, Hilton released his first major-label album, The Tracks of Tyler Hilton, while making his acting debut as the musically talented, but arrogant 'Chris Keller' on the hit CW series ONE TREE HILL.Most recently, Hilton landed a series regular role on the upcoming CMT scripted pilot HIS WIVES & DAUGHTERS opposite Jane Seymour, Gail O'Grady and Jeff Kober. The project was created by Dina Chapman and Steve Sessions. Hilton also currently recurs on the new FOX series PITCH.Hilton's other television work includes a series regular role on the ABC multicam pilot THE FLUFFY SHOP, recurring roles on the CBS series EXTANT and VH1's SINGLE LADIES as well as a guest appearance on ABC's CASTLE and a starring role in the Lifetime MOW CHRISTMAS ON THE BAYOU.Hilton made his film debut as 'Elvis Presley' in the Golden Globe Award-winning Best Motion Picture WALK THE LINE. Hilton also had a memorable role in the MGM feature film CHARLIE BARTLETT opposite Robert Downey, Jr. and Anton.As a musician, Hilton has toured extensively throughout the world. His debut eponymous album The Tracks of Tyler Hilton reached #12 on the US Heatseekers Albums Chart. Hilton has released two follow-up albums, Forget the Storm, which also reached #2 on the US Heatseekers Album Chart, and Indian Summer. In 2005, Hilton was named one of People Magazine's "50 Most Beautiful People" and, in 2006, he also appeared in Taylor Swift's hit video "Teardrops on My Guitar".The son of an electrical contractor and a teacher, Hilton grew up in a musical family in the California desert and took to playing guitar and singing at a young age. A huge fan of Elvis Presley, Frank Sinatra, Robert Johnson, and Muddy Waters, Hilton spent several years performing at open mic nights and clubs, and playing blues and jazz covers for tips in coffeehouses and restaurants before moving to Los Angeles to pursue music and acting.