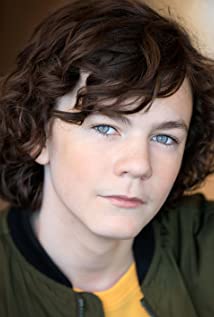 Tyler Crumley was born in Austell, Georgia. Tyler discovered his passion for acting at a young age and filmed his first commercial at age 6. Tyler has filmed over a dozen commercials in Atlanta and Los Angeles. His first feature film role was playing Young Chilli (Jake Johnson) in the movie "TAG". Tyler had the unique opportunity to work on a project for Elijah Wood's video game "Transference" where he acted and did voice over as a lead character in the game. Tyler appeared in "Godzilla King of the Monsters" as Millie Bobby Brown's brother, Andrew Russell and in the movie "Driven" as Jason Sudeikis' son, Tom Hoffman. In the fall of 2018 worked with Kathleen Turner in the Dolly Parton Heartstrings anthology series "These Old Bones". This episode was nominated for Outstanding Television Movie at the 2020 Primetime Emmy Awards. Tyler was also fortunate to work with and learn from the late Robert Forster in Stephen Spielberg's reboot of Amazing Stories. He plays Dylan in "Dynoman and The Volt". Tyler co-stars with Adam Sandler in the Happy Madison Production "Hubie Halloween" as hooligan, Andy O'Doyle of "O'Doyle Rules" fame. "Hubie Halloween" became the top-rated movie on Netflix in 2020!Tyler has agency representation in Los Angeles and Atlanta and an incredibly supportive management team that helps to facilitate the life of an actor working on both coasts. In his free time, he enjoys playing games on his computer - especially ones with his VR headset. He also enjoys singing, riding his RipStick, doing tricks on the trampoline, working on new stunts at the parkour gym, playing with his dog and two cats, and spending time with his family.