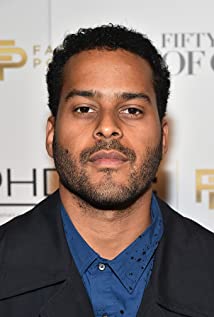 George Lewis Jr. (born 1983), better known by his stage name Twin Shadow, is a Dominican-American Musician, Actor, Model and Composer, based out of Los Angeles, CA. He has written a novel and released four albums: Forget (2010), Confess (2012), Eclipse (2015) and Caer (2018). Lewis' song "To the Top" appears in the trailer, soundtrack and end scene/credits of the film Paper Towns and in the intro for the fourth episode of the episodic video game Tales from the Borderlands. His song "Walk Forever By My Side" appears in the soundtrack of the TV series "13 Reasons Why".Fashion is a notable outside interest as chronicled by the The New York Times who stated that 'George Lewis Jr. is giving Kanye West a run for his money as the music world's leading fashion dilettante. Twin Shadow was a featured musician in Levi's "Live in Levi's" ad campaign". Since 2010 Twin Shadow has served as a muse and composer for Dao-Yi Chow and Maxwell Osbourne, the designers of the CFDA-award-winning line "Public School". In addition to composing music for Public School, George Lewis Jr. has modeled for the clothing brand, both on and off the runway.