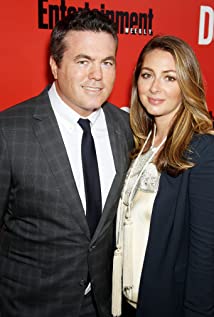 Tucker Tooley is a noted film producer and CEO of Tucker Tooley Entertainment, which he founded in 2016. His films have earned more than $1.2 billion at the domestic box office. Current Tooley Entertainment projects include Den of Thieves starring Gerard Butler and Curtis '50 Cent' Jackson which easily surpassed box office expectations; Mary, a supernatural thriller starring Academy Award nominee Gary Oldman, Emily Mortimer and It co-star Owen Teague; Hunter Killer, starring Gerard Butler; a television adaptation of Neil Strauss' non-fiction book "Emergency: This Book Will Save Your Life," along with other titles. Most recently, Tooley was President of Relativity Media, where he was responsible for overseeing the company's day-to-day film and television operations. Under Tooley's leadership, Relativity Studios earned numerous Oscar® and Golden Globe® nominations, and three of its releases opened number one at the box office. In addition, he was instrumental in the launch of the company's television division which, in 2015, sold to private equity firms for $125 million. Prior to becoming President of the company, Tooley was President of Worldwide Production at Relativity Studios, where he played an integral role in the acquisition of Overture Films's marketing and distribution operations, transforming Relativity from a slate financing entity into a full-fledged independent studio. Tooley was an early advocate for and executive-produced David O. Russell's The Fighter, which earned seven Oscar nominations and won two. Also, Tooley produced or executive-produced Neil Burger's Limitless, starring Bradley Cooper, and the action-thriller Act of Valor, both of which opened number one at the domestic box office. Other credits include: Dear John, starring Channing Tatum and Amanda Seyfried; Nicholas Sparks' Safe Haven; and Steven Soderbergh's Haywire. In addition, Tooley produced the 2013 summer box-office hit We're the Millers, which grossed $270 million worldwide. Prior, Tooley served as CEO of Tooley Productions, where he produced television shows and feature films such as Lee Daniels' Shadowboxer and Ric Roman Waugh's Felon. Before that, he ran the production company Newman/Tooley Films with Vincent Newman. He began his film career at Interlight Pictures. Tooley is a Member of the Academy of Motion Picture Arts and Sciences as well as the Producers Guild of America. He earned his B.A. at the University of California, Santa Barbara, and in 2009 was named "Executive of the Year" by the Ischia Global Film Festival.

The United States vs. Billie Holiday

6 Below: Miracle on the Mountain