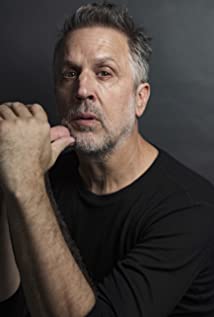 Troy Ruptash was born in Vegreville, Alberta. He was a competitive Figure Skater from the age of 9 to 16 and was the Canadian National Novice Men's Bronze Medalist and Western Canadian Junior Men's Silver Medalist. He attended Ryerson Theater School in Toronto, then moved to New York City, where he worked with Signature Theater, Classic Stage Company, and New York Stage and Film. Over the last 25 years, he has appeared in dozens of television shows, including The West Wing (1999), Desperate Housewives (2004), The Mentalist (2008), Murder in the First (2014), Longmire (2012), Training Day (2001), and Justified (2010), among others. He had recurring roles on Prison Break (2005) and Boston Public (2000), played the "real" Don Draper on Mad Men (2007) and David Tannistone on The Young Pope (2016), and was seen in the feature films Dig Two Graves (2014) and Wildling (2018). He has taught Foundations of Script Analysis/Scene Study as well as Advanced Script Analysis/Scene Study at the Aquila Morong Studio in Hollywood since 2013.

Gardens of the Night