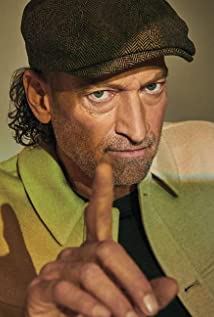 Troy Kotsur has been acting and directing for over 20 years. Deaf since birth, he was raised in Mesa, AZ. In his career he has had critically acclaimed performances in major films, a lead role in the Broadway run of a Tony Award winning play, and numerous memorable roles on Television.Troy has garnered rave reviews for his leading role in the 2021 feature CODA, which was awarded Best Ensemble Cast at Sundance. He is credited with being one of the prime reasons for the feature's festival success, which lead to its $25 million sale to Apple. Previous to this, Troy had a supporting role in The Number 23 starring Jim Carrey, and in subsequent years became known for stand-out performances in indie features.In television, Troy made headlines in 2019 for his acting role in The Mandalorian on Disney+ because along with acting, he choreographed an adapted form of sign language for the series. Other notable television roles include guest star appearances on Criminal Minds, Scrubs, CSI: NY, and a fan favorite recurring character on PAX's Sue Thomas: FB-Eye.Much of Troy's success has stemmed from his highly respected career on stage. This includes a role the Tony Award winning run of Big River on Broadway, performing at the Mark Taper Forum, and the 2015 LA Drama Critics Circle Award nominee Spring Awakening.

No Ordinary Hero: The SuperDeafy Movie