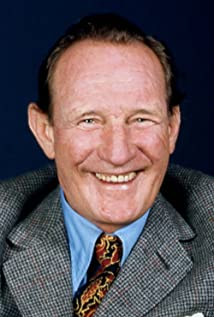 The son of an insurance underwriter who represented Lloyd's of London in Ceylon, Trevor Wallace Howard-Smith was born in Margate, Kent. He spent his early childhood globetrotting with his mother, frequently left in the care of strangers. After attending private school he went on to study drama at RADA (due to his mother's insistence) and was voted best in his class following a performance in "Much Ado About Nothing". Spurning a Hollywood contract with Paramount he acted on the West End stage and with the Shakespeare Memorial Theatre in Stratford-upon-Avon from the mid-1930s, specialising in classical plays ranging from "Hamlet" and "Coriolanus" to "French without Tears", by Terence Rattigan. Howard was initially turned down for military service by both the RAF and the British Army but shortage of manpower led to his being called up in 1940 to serve as a second lieutenant with the Army Signal Corps. However, he neither saw action nor accumulated the illustrious wartime record (including winning the Military Cross) invented for him by his publicists. A 2001 biography by Terence Pettigrew claimed to have unearthed files from his war record which alleged that he was dismissed from service in 1943 due to 'mental instability'. Ironically, on screen, the actor was often cast as solid, unflappable British officers, perhaps reflecting his own personal credo of always feeling best when impersonating someone else.Howard's career in films began quietly with small roles in The Way Ahead (1944) and Johnny in the Clouds (1945). He unexpectedly leapt to stardom in just his third outing as the stoic, decent Dr. Alec Harvey in David Lean's melancholic story of middle-class wartime romance, Brief Encounter (1945). Howard's mannered performance perfectly suited the required stiff-upper-lip mood of the film, his intensity and projected integrity more than compensating for his average looks. That 'jolly decent chap' persona continued on in another 'woman's picture', The Passionate Friends (1949), but Howard soon found his niche in more determined, worldly roles. He later admitted that "for years I was practically hounded by my first part in Brief Encounter. I loved the film, mind you, but the role wasn't me, at all" (Ottawa Citizen, February 17 1961). As a screen actor, Howard came of age in crime thrillers and war films, delivering his first genuine tour de force performance as a battle-hardened, cynical ex-pilot caught up in the world of post-war black market racketeering in I Became a Criminal (1947). His efficient, by-the-book intelligence officer, Major Calloway, in Carol Reed's The Third Man (1949) put him firmly on the map as a star character player.Rasping-voiced and becoming increasingly craggy as the years went by, Howard contrasted archetypal authoritarians (seasoned army veteran Captain Thomson of The Cockleshell Heroes (1955), Captain William Bligh in the remake of Mutiny on the Bounty (1962), Lord Cardigan in The Charge of the Light Brigade (1968)) with weaklings (best exemplified by morally corrupt, degenerate expatriate trader Peter Willems in Outcast of the Islands (1951) -- arguably one of Howard's finest performances); sympathetic victims (colonial cop Scobie, tormented by religious guilt in The Heart of the Matter (1953)) and obsessive, driven eccentrics (crusading elephant preservationist Morel in The Roots of Heaven (1958), the alcoholic, haunted Sir Henry at Rawlinson End (1980), and the weird Russian recluse of Light Years Away (1981)). In the midst of angst-ridden heroes, drunken clerics and assorted historical characters, ranging from Napoleon Bonaparte to Sir Isaac Newton, Howard even essayed a Cheyenne warrior returning from the dead to defend his family in Windwalker (1980). Remarkably, though he took on a score of eminently forgettable projects, it is difficult to fault a single one of his performances. Throughout his entire career he was never out of favour with audiences and never out of work.As becoming one of the most British of actors, Howard was an ardent cricket supporter, member of the prestigious Marylebone Cricket Club. He insisted on having a clause inserted in his contracts which allowed him leave from filming to attend test matches. A rather solitary man, he had few other hobbies (except, perhaps, a fondness for alcohol, which likely contributed to his death at the age of 74) and was reputedly modest about his accomplishments as an actor. He once declared "we don't have the Method School of acting in England. We simply read the script, let it seep in, then go put on whiskers - and do it" (New York Times, January 8 1988).

Inside the Third Reich

No Country for Old Men