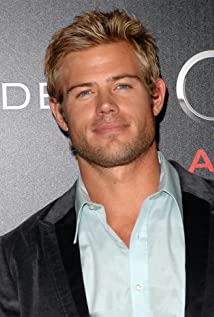 Trevor Donovan was born in Mammoth Lakes, California. Trevor grew up skiing and snowboarding and, during his teens, was on the US teen ski team. Trevor is a true renaissance man, aside from being proficient at most sports, he can play guitar, sing, and has a bachelor's degree in graphic design. Trevor is an ambassador for Habitat for Humanity, and an active volunteer and ambassador with Robert F. Kennedy Center for Justice & Human Rights. Known for his work as fan favorite Teddy Montgomery, the 1st and only LGBT series regular, on global pop culture phenom 90210, along with Texas Rising starring opposite Bill Paxton, Ray Liotta and Jeffrey Dean Morgan, and JL Ranch opposite Jon Voight and James Caan: Donovan next will be seen in action/comedy "Hot Water" and in a lead role opposite Roma Downey (Touched by an Angel) in New York Times bestselling author Karen Kingsbury, MGM/Will Packer Media's limited series 'The Baxter Family.' He'll also be seen in part 2 of the 3 part mini-series Runaway Romance on UPtv. His TV credits include recurring roles on Sun Records, The Client List, Melissa & Joey, Awkward, NCIS and Lucifer.Donovan is active daily on social media, with a worldwide reach of over 8 million people a week across 3 platforms. Donovan refers to his social media platforms as "An escape from negativity and a positive place for pet lovers." Donovan recently wrote "Love Always, Dogbert & Tito" it follows the magical adventures of his 2 dogs, Dogbert the German Shepherd and Tito the English Bulldog. Love Always, Dogbert and Tito is based on real life everyday experiences that have been shared with millions of devoted fans all over the world via Donovan's social media, it's a tale about love, inspiration, and hope for adults and children of all ages with a very happy ending. Instagram @TrevorDonovan - Twitter @TrevdonTrevor resides in both Mammoth and Los Angeles. When not working, Trevor enjoys spending quality time with his family. Trevor has a younger brother Jake who is a fireman in Sacramento. Trevor is an animal lover and advocate; he has a German Shepherd named Dogbert and a bulldog named Tito.

Love on a Limb

Love Finds You in Charm