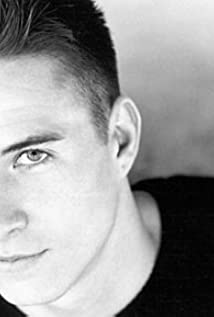 Travis Aaron Wade was born September 27, 1975, in Los Angeles, California. His mother, Daphne Royle Maddison is from Manchester, England; and his father, Dennis Wade, is from Rosemead, CA. His family later moved to Glendora, California, where Travis attended Charter Oak High School in Covina. Travis excelled in all sports, and eventually became captain of the football team during his senior year in high school.After his high school graduation, Travis had an eye-opening experience during a trip to Tijuana, Mexico, and decided that he wanted to do his part to help; so, upon returning, Travis joined the United States Marine Corps. He was honorably discharged in 1997.Upon returning home, his mother suggested that he take some acting classes. So, after attending a few classes and seeing how therapeutic acting was, Travis decided to go back to school. He attended Citrus College and majored in criminal law and theater.In 2005, Travis was cast in War Of The Worlds, directed by legendary Steven Spielberg.Travis landed a lead role in 2005, in The Fix. He played the son of an ex-boxer (Robert Patrick) who relentlessly drives his son to become the champion he never was. The Fix was directed by Adam Kane and went on to win Best Drama at the L.A. Shorts Festival in 2006. While filming the final boxing scene in the film, The Fix, a former World Champion kick-boxer broke Travis's nose and dislocated his finger.In 2007, Travis was cast as John Hickman in the cult classic, Pig Hunt. This led to roles in The Closer (2009), Criminal Minds (2009), CSI: Crime Scene Investigation (2011), Alcatraz (2012), Rizzoli & Isles (2012), NCIS: Los Angeles (2012), and Supernatural (2014).Travis had parts in two films opposite John Travolta; The Forger (2014), also starring Christopher Plummer, Tye Sheridan, and Abigail Spencer; and in Criminal Activities (2015) directed by Jackie Earle Haley.The future shows Travis's career continuing to rise with his role of Lieutenant Allison in the upcoming film The Last Full Measure, starring William Hurt, Ed Harris, Sebastian Stan, and Samuel L. Jackson.His love for animals led Travis and his business partners to start Arm The Animals in 2010. Arm The Animals is a charitable T-Shirt company that donates a percentage of sales to help animals in need. In 2014, Travis co-produced Extinction Soup, a documentary raising awareness to the shrinking shark population.In 2010, Travis saved 72-year-old Roslyn Bush from an overturned vehicle engulfed in flames. He was honored by the City of Los Angeles with a Local Hero Medal.In 2018, Travis partnered with Swyck Labs with his revolutionary invention of the timed wick. These candles will be saving lives world wide by 2019.Travis has also been teaching the arts and working with children and young adults in Vietnam since 2008. A few of his students have gone on to compete in Miss Universe and Miss World, in which Travis has personally coached these young ladies to a achieve much success in pageants and life.