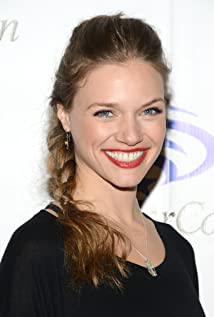 Born in Winnipeg, Manitoba, Canada, Tracy spent part of her childhood in her parents' homeland, Greece, before the Spiridakos family returned to Canada to open a Greek restaurant. She worked there until moving to Vancouver, British Columbia, a center of Canadian film and television production, to pursue her dream of becoming an actor.Tracy found early success on television series, such as Supernatural (2005) and Being Human (2011), but her breakout role was playing the lead role of Charlotte "Charlie" Matheson on J.J. Abrams' Revolution (2012) on NBC. Since then, she has shown her comedic side in Showtime's Episodes (2011) with Matt LeBlanc, as femme fatale Annika Johnson on A&E's Bates Motel (2013), and the mysterious ex-girlfriend of MacGyver (2016).Tracy is a series regular on NBC's Chicago P.D. (2014) and lives in the Windy City with her beloved and devoted Rottweiler, Nala.

Rise of the Planet of the Apes