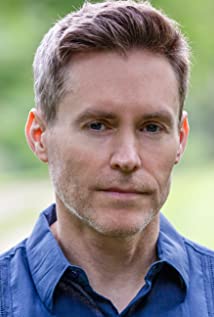 Tracy Fisher was born on October 5, 1975 in Marion, Virginia to Walter Fisher, a small business owner, and Sally Campbell Repass, an author. He has four siblings (three brothers and one sister). Tracy attended Radford University where he received a Bachelor of Science degree in Theater and a Minor in Cinematic Arts. After graduating in 2001, he moved to Los Angeles to pursue a career in acting.With a start in local commercials, Fisher has since appeared in NBC's "Constantine" (2014) where he played Nurse Brad. His talent expands beyond television. He played the young father in Jeremy Camp's music video, "Keep Me in The Moment." He also played a realtor in "The Christmas Listing" (2020, Lifetime) and the lead role in "Lying Still." He played Ronny Palmer, a man looking for redemptive deliverance.Fisher has a role in the upcoming feature film "One For the Road" produced by Wong Kar-Wai and directed by Nattawut Poonpiriya, a drama about two friends dealing with the results of terminal cancer. Projects in the works include "Pan American" starring Eric Roberts, "The Road to Galena," "No Vacancy" and "Empires of Excess.