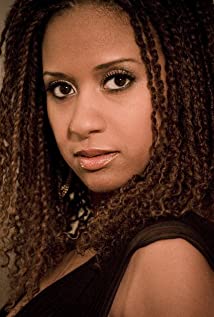 Tracie Thoms has had wide-ranging success in film, television and theatre throughout her busy career.Tracie's currently a series regular opposite Oscar winner Octavia Spencer on the Apple series, Truth Be Told, while at the same time recurring on Fox's 9-1-1 and ABC's Station 19.Tracie realized a long-held dream when she starred as 'Joanne' in the final weeks of the historic Broadway run of the iconic musical, Rent. She played the same key role in Sony's film of Rent opposite Rosario Dawson and Idina Menzel. She was seen opposite Bruce Willis and Joseph Gordon-Levitt in Rian Johnson's Looper, and with Denzel Washington in Safe House. She starred with Kurt Russell in Quentin Tarantino's Grindhouse: Death Proof and opposite Anne Hathaway in David Frankel's The Devil Wears Prada. She was featured in Columbia's remake of Annie with Jamie Foxx and Quvenzhané Wallis. She's also been featured in dozens of indie films throughout her career.Tracie starred on Broadway most recently in the acclaimed production of James Lapine's Falsettos. She also starred opposite Dulé Hill and Mekhi Phifer in Stick Fly, and opposite Alfre Woodard in Drowning Crow. She starred Off-Broadway in Working at Encores! Off-Center, with Oscar nominee John Hawkes in the world premiere of David Auburn's Lost Lake at Manhattan Theatre Club, and she was a lead in the acclaimed The Exonerated at The Culture Project. She's been featured in The 24 Hour Plays, The 24 Hour Musicals, and 10 Things To Do Before I Die at New York's Second Stage.Tracie was a series regular for six years on CBS' Cold Case. She starred for Fox in Wonderfalls and recurred on Hulu's The First, WGN's Gone, Lifetime's UnREAL, Netflix's Love and NBC's Lincoln Rhyme: Hunt for the Bone Collector. She's guest starred on Veep, Person of Interest, Suits, The Shield, The Good Wife, The Mindy Project, Criminal Minds, The Affair, The Good Doctor, Grey's Anatomy, Mad About You, Run, Curb Your Enthusiasm and NCIS: Los Angeles.Tracie began studying acting in her hometown of Baltimore at age 9. She attended high school at the prestigious Baltimore School for the Arts. Later, she received a bachelor of fine arts degree from Howard University and a graduate degree in acting from New York City's renowned Juilliard School.