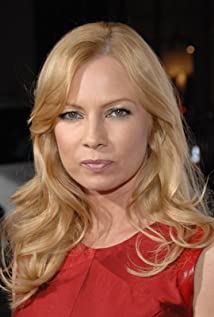 Traci Lords is a study of a determined and complex woman with a very controversial background. She was born and raised in Ohio as Nora Louise Kuzma, to Patricia Louise (Kuzma) and Louis Kuzma. She moved with her divorced mother and three sisters to Los Angeles at age 12. While staying at the house of her mother's boyfriend, Roger, she began nude modeling at age 15, then adult films a year later.An incredibly developed, full-figured girl, she easily duped photographers, producers and directors (with the help of a false birth certificate and driver's license). Her stage name is a combination of Traci, from a former school friend, and Lords, in honor of her favorite male actor, Jack Lord (Hawaii Five-O (1968)). She later owned a white Persian cat named Mr. Steve McGarrett, the name of the character Lord played on the show. Traci made somewhere between 80 and 100 X-rated movies (some consisted mostly of leftover footage from previous shoots) between 1984 and 1986.In May 1986 she was arrested by FBI agents when it was discovered she was underage, which meant that any films with her in them were illegal to rent or buy, and video stores around the country rushed to remove them. The only legal porn movie Traci made was Traci, I Love You (1987), which was filmed in Paris, France, on her 18th birthday. Since she controlled distribution rights, many people believed she orchestrated the revelation herself so she could be the only one to profit from her X-rated career. Many within the adult film industry made a tacit agreement to never promote Traci or talk about her, as they felt she betrayed the industry that had had been the source of her fame in the first place. The federal government tried to prosecute the producers of the movie Those Young Girls (1984), the first adult film Traci appeared in, for child pornography. However, the case fell apart when the government admitted that it, too, had been duped when Lords traveled to Europe to shoot Traci, I Love You (1987) on a fake passport. After her exile from adult films, she began to resurrect her life and fulfill her lifelong ambition to star in "mainstream" films.In 1987 she enrolled in the Lee Strasberg acting school, began voice lessons and built on her natural acting talents. Her first mainstream "break" came in Not of This Earth (1988), a remake of the classic Roger Corman sci-fi film from the 1950s. It was the last time that Traci would bare her breasts for the camera.Throughout the 1990s her hard work got her a reputation as a reliable and respected actress, in addition to being a singer and an advocate for gay rights. Her recurring role in early 1995 as a sneering sociopath, Rikki, on Melrose Place (1992) was critically acclaimed and landed her more roles in other movies, playing villains and psychotic characters. In the latter half of the 1990s she appeared in several B movies that went straight to video and/or cable in lead, minor or cameo roles. She even guest-starred in a number of TV shows ranging from Married... with Children (1987), Roseanne (1988), MacGyver (1985) and Nash Bridges (1996).She has always despised being referred to as "an ex-porn star", and resents the fact that a celebrity like Tim Allen can be forgiven by Hollywood for past transgressions (he was convicted and served prison time selling drugs while he was in college) but she still to this day bears the stigma of her porn years. It's probably the fantasy of the underage girl who fooled an entire industry, and, at the height of her career, was unquestionably the most popular actress with fans and filmmakers alike.Some of her most notable TV work was as a regular on season 2 of Profiler (1996) from 1997 to 1998 in playing the schizo-sicko serial killer Sharon Lesher, as well as the tough heroine Jordan Radcliffe during the last season of the sci-fi series First Wave (1998) from 2000 to 2001. She most recently has written her autobiography, published in 2003, and even tried her hand in writing and directing a short film which would lead her to another career as a writer-director of independent films.

Egyptian Secrets of the Afterlife