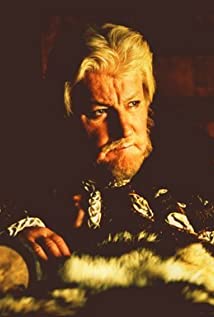 Character actor Thomas Patrick McKenna was born in Mullagh, County Cavan, Ireland, in 1929. A prolific theatre actor throughout his career, he made his stage debut in "Summer and Smoke" by Tennessee Williams at the Pike Theatre in Dublin in 1954.He made his film debut in the IRA-Nazi drama The Night Fighters (1960) and from this uncredited beginning he moved up to tenth billing in The Siege of Sidney Street (1960). His next major movie was in 1964's Girl with Green Eyes (1964), by which time he had started a successful television career.He made his TV debut in Espionage (1963) and over the next few years appeared in several more TV shows. His versatility enabled him to play three characters in The Avengers (1961). He was also featured in such well-regarded shows as Adam Adamant Lives! (1966), Dixon of Dock Green (1955) and The Saint (1962).Meanwhile, his film career was developing along literary lines, and he was featured in Brendan Behan's The Quare Fellow (1962), the Sean O'Casey biopic Young Cassidy (1965) and James Joyce's Ulysses (1967). He took smaller parts in such epics as The Charge of the Light Brigade (1968) and Anne of the Thousand Days (1969).British films such as Perfect Friday (1970) and Villain (1971) allowed him to showcase his suave, urbane persona before trying something different in the controversial Straw Dogs (1971). He appeared alongside a young Anthony Hopkins in All Creatures Great and Small (1975) before starring with John Gielgud for the second time, this time in A Portrait of the Artist as a Young Man (1977). Over the next few years his co-stars were as diverse as Leonard Rossiter (Britannia Hospital (1982)), Timothy Dalton (The Doctor and the Devils (1985)), Ben Kingsley (Pascali's Island (1988)) and Dolph Lundgren (Red Scorpion (1988)). Not all of these films were successes, but McKenna always gave good value for the money and developed themes of his, such as an interest in Irish issues, in The Outsider (1979). His last released film was Valmont (1989), which was unfortunately completely overshadowed by Dangerous Liaisons (1988), which was based on the same novel.Over the years he made numerous guest appearances in TV series such as Minder (1979), Casualty (1986), Lovejoy (1986), Inspector Morse (1987), Heartbeat (1992) and Ballykissangel (1996). McKenna has also been prominent in TV movies and series, featuring in Charles Dickens' Masterpiece Theatre: Bleak House (1985), Stendhal's Scarlet and Black (1993) and most recently an adaptation of Henry James' The American (1998).McKenna is up there with the greats of character acting such as Lionel Jeffries, Dennis Price, Richard Wattis, Wilfrid Hyde-White and John Le Mesurier.

The Boys & Girl from County Clare

The Scarlet and the Black