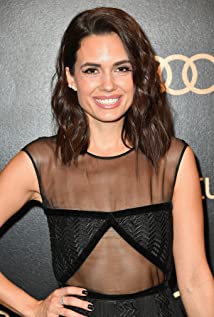 Torrey Joël DeVitto stars in the NBC drama, Chicago Med (2015). From the same creators of Chicago Fire (2012) and Chicago P.D. (2014), the latest spin-off focuses on the day-to-day chaos of the team of doctors running the ER. Torrey plays "Natalie Manning", doctor in the ER Pediatrics division. Natalie is your typical America's sweetheart, girl-next-door who is reserved and very focused on her career. The new series premiered Fall 2015 and has been renewed for a second season.On the film front, Torrey was recently cast in the upcoming film, Amy Makes Three (2016) as "Carla Forrest", a happily-married wife who loses her child after giving birth, prematurely. The film takes a twisted turn after Carla and her husband, played by Mike Doyle, discover the ghost of their former child.Torrey was most recently seen in the final season of Lifetime's popular drama, Army Wives (2007). She played the drop-dead gorgeous "Maggie Hall", a smart ex-Army Airborne. Torrey is best-known for her role in the CW television series, The Vampire Diaries (2009) as "Dr. Meredith Fell", and continues to have a popular recurring role as "Melissa Hastings" on ABC Family's hit show, Pretty Little Liars (2010). However, she is most notable for her chilling recurring role as "Carrie" on The CW drama series, One Tree Hill (2003).Born and raised in Huntington, New York, to Mary Devitto & Liberty DeVitto, from the time Torrey was born, she was surrounded by the entertainment industry. For 28 years, her father played the drums for Billy Joel. She spent most of her early years traveling on the road with her parents. By the time Torrey could walk, her heart was in the music and acting world. She began violin lessons at age six and was in the 4th grade when she had already earned her place as the 4th chair violinist in a New York high school orchestra. From 1995 to 1997, she played in the Florida Symphony Youth Orchestra; from 1998 to 1999, she played in the Florida Youth Artist Orchestra, traveling with the orchestra to Austria; at age 12, she played a solo violin piece at the wedding of Christie Brinkley and Peter Cook; and, in 1997, Torrey played on stage with her father at a Terri Binion show in Orlando, earning her first standing ovation.Torrey later studied dance with the Kings Park Dance Center in New York. She began taking acting classes at Zoe & Company in Orlando, Florida. At 15, she started working in commercials, modeling, and print ads. Torrey's first break in acting came in 1999, when she participated in the Spelling Production, Safe Harbor (1999). One year later, she booked the Nickelodeon pilot, "Noah Knows Best". In her junior year of high school, she enrolled in the Crenshaw Performing Arts School, where she graduated 6 months early and at the top of her class. During the summer after high school graduation, Torrey stayed in Japan working for Avenue One Modeling Agency. Her break came in 2002, when she earned the lead in playwright Lee Blessing's three-woman play, "Eleemosynary", which was performed at the Orlando Shakespeare Theatre. Her performance won her rave reviews in the Orlando Sentinel.After graduating high school, Torrey moved to Los Angeles, where her career as an actress began to take off. Her work includes: playing "Alexandra" on the MTV pilot, "Alexandra the Great"; guest-starring on the FBC pilot, "One Big Happy"; guest-starring in "The Untitled Michael Jacobs Pilot" for FBC; as well as guest-starring on episodes of Scrubs (2001), Dawson's Creek (1998), Jack & Bobby (2004), The King of Queens (1998), Drake & Josh (2004), CSI: Miami (2002) and Castle (2009). Torrey booked her first lead on the ABC Family series, Beautiful People (2005) as aspiring model "Karen Kerr". On the film front, her film debut was in Starcrossed (2005), and she has appeared in the 2006 movie sequel, I'll Always Know What You Did Last Summer (2006), The Rite (2011) with Anthony Hopkins, Green Flash (2008), Killer Movie (2008), and Heber Holiday (2007) and Evidence (2013), starring Stephen Moyer.Staying true to her love of music, in 2002, she played violin with the Tommy Davidson Band at the Sunset Room in Hollywood. Her solo performance earned her another standing ovation. She also played violin on Raphael Saadiq's CD, "Ray Ray", in 2004, and in 2011, she played on Stevie Nicks' album, "In Your Dreams".Outside work, Torrey dedicates much of what free time she has to philanthropy. She is a Hospice Ambassador going on five years (www.caringinfo.org/torrey), and also supports PETA and The Humane Society of the United States (HSUS). She shares, "To most, death is an incredibly scary and taboo idea. Hospice provides a shoulder to lean on... and the important duty of easing the fears and doubts that naturally reside in our minds as we approach the end of our lifetime. There is nothing I am more proud or passionate about than being a part of this work. It is a life-long commitment for me. A passion that I find to be more gratifying than anyth

It Had to Be You