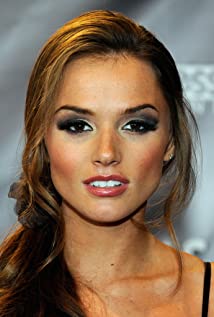 Tall (5'9"), lovely, and slender brunette knockout Tori Black was born Michelle Chapman on August 26, 1988 in Seattle, Washington. Tori has been a dancer since she was seven years old (she used to be a belly dance instructor). Moreover, Black played football and boxed while growing up. In 2007 Tori attended Western Washington University, where she majored in Journalism and minored in Sociology - Women's Studies. She started performing in explicit hardcore movies in her late teens that same year. Black was the Penthouse Pet of the Month for December, 2008 and the Twisty's Treat of the Month for September, 2009. Tori was nominated for an AVN Award for Best New Starlet in 2009. Among the awards Black has won are an XRCO Award for Cream Dream, a CAVR Award for Hottie of the Year, and a FAME Award for Favorite Rookie Starlet in 2009, a CAVR Award for Star of the Years and an XBIZ Award for Female Performer of the Year in 2010, and back to back AVN and XRCO Awards for Female Performer of the Year in 2010 and 2011 (Black has the distinction of being the first adult film star to win AVN Awards two years in a row in this particular category). Tori was named one of the top twelve female stars in porn by Maxim magazine in 2010 and one of the single most popular stars in porn by CNBC in 2011. Black has a self-designed tattoo of a star and five rings on her lower right abdomen and a pierced tongue and navel. She likes video games and air hockey. Tori gave birth to a son on October 14, 2011.

The Sexual Desires of Tori Black