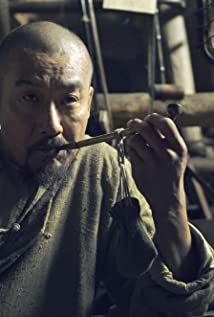 Tony Leung Ka-fai is a four-time Hong Kong Film Award-winning film actor. As he is often confused with actor Tony Chiu-Wai Leung, Tony Leung Ka-fai is known as "Big Tony", while Tony Chiu-Wai Leung is known as "Little Tony", nicknames which correspond to the actors' respective physical statures.Leung has been in the film industry for more than 30 years, starring in a variety of roles. His debut film was Burning of the Imperial Palace (1983), where he played the Xianfeng Emperor. He would later work with Chow Yun-Fat in three films, Prison on Fire (1987), A Better Tomorrow III: Love and Death in Saigon (1989), and The Return of the God of Gamblers (1994).In 1991, Leung went to France to appear in Jean-Jacques Annaud's The Lover (1992), based on Marguerite Duras's novel, as the older lover of a young teen schoolgirl, who was played by British actress Jane March.Leung's ongoing career has seen him star in films such as The Myth (2005), Double Vision (2002), Chang hen ge (2005) and Election (2005).

All U Need Is Love

Sons of the Neon Night

Our Time Will Come

Rise of the Legend