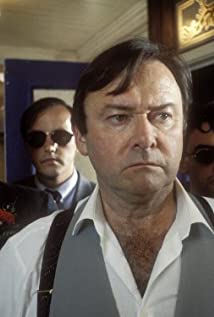 Tony Doyle (16 January 1942 - 28 January 2000) was an Irish television and film actor. He attended Belcamp College, Dublin as a boarder before going onto University College Dublin (which he did not finish). He got his first big break playing Father Sheehy in the RTE weekly soap The Riordans (1965) in the 1960s and 1970s. In 1998, he won an Irish Film and Television Academy Award for best leading performance for his role in Amongst Women (1998). He also won a Silver Nymph award at the Monte Carlo TV Awards. His most famous film role saw Tony as the head of the SAS, Colonel Hadley, in the 1982 British film Who Dares Wins. His other film roles included appearances in Ulysses (1967), Quackser Fortune Has a Cousin in the Bronx (1970), Loophole (1981), Eat the Peach (1986), Secret Friends (1991), Damage (1992), Circle of Friends (1995), and as Tom French in I Went Down (1997). He died at St Thomas's Hospital in Lambeth, London, England. Brian Quigley, Doyle's Ballykissangel character, was written out of the show in the first episode of the final series where Quigley fakes his own suicide (he supposedly drowned himself) and flees to Brazil. The Tony Doyle Bursary for New Writing was launched by the BBC following his death. Judges include his friend and Ballykissangel co-star Lorcan Cranitch.