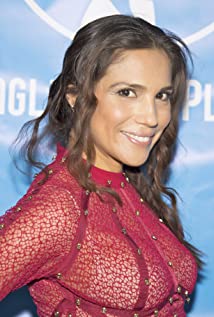 Tonantzin Carmelo is a multifaceted American actress playing lead and supporting roles in movies, television series, documentaries, video games, and theater. Her break-out performance in Steven Spielberg's, Into the West, earned her several awards and nominations, including a Screen Actors Guild nomination for Outstanding Performance by a Female in a Television Movie or Miniseries. Recently, she filmed prime roles in Spain and Australia for the television series The English (BBC) and La Brea (NBC). Throughout her career Tonantzin has received praise for her performances. She played the leading role of Shayla Stonefeather in the critically acclaimed, independent thriller, Imprint. She won the American Indian Film Festival award for Best Actress and was nominated for the Best Actress award at the Hoboken International Film Festival for this role. She was named "An Indie Darling to Crave" at the Sundance film festival 2015 for her role as Teresa, opposite John C. Riley in the film Entertainment. Tonantzin has also appeared in several video games, including Dead Space, The Crew, Lego Marvel's Avengers, and Cyberpunk 2077. Her memorable motion-capture and voice performance portrayal of the villainous character Kendra Daniels for Dead Space led Maxim Magazine to add Kendra to their Hottest Video Game Babes of the Year list. Today, the character continues to attract legions of loyal fans. Additionally, Tonantzin is a talented choreographer. Her work was featured in the Amazon TV series, Undone, and in the opera, Sweetland, for which she was described as a "crucial choreographer" by the LA Times. She has a penchant for languages and enjoys learning new dialects. As a teenager, Tonantzin taught herself to speak Spanish. She also is a member of the Tongva Language Committee for revitalization. To prepare for some of her roles, she has worked with language specialists and has learned dialects for Wampanoag, Lakota, Nahuatl, Diné, Cheyenne, and Shoshone. Tonantzin's diverse talents can be traced back to her multicultural roots. She is a Southern California girl from suburban Orange County of Indigenous and Latina descent. In her youth, she forged a performing path through Native dances and music touring with cultural groups throughout North America. While touring, she also became a technically trained dancer and performed with the modern dance company Daystar. She discovered her love for acting while studying at UC Irvine, where she earned a bachelor's degree in Environmental Studies and a minor in Dance. While in college, she began acting in theater productions and independent films. She has also performed as a singer with the band Trio del Alma and has recorded on three albums for Canyon Records. Her first professional acting venture was an educational musical theater show produced by the Bilingual Foundation of the Arts. The production toured the Los Angeles area and allowed her to make the leap from dancer/musician to a professional actress. She has had an ongoing relationship with Native Voices at the Autry Museum in Los Angeles where she has performed on stage and has served on the advisory board. She resides in Los Angeles with her husband and is a California native plant, wildlife and outdoor enthusiast. In her free time, she enjoys restoring her yard as a native wildlife habitat, observing birds and occasionally rescuing opossums as she continues to perform as a musical entertainer, cultural educator and stage actress.