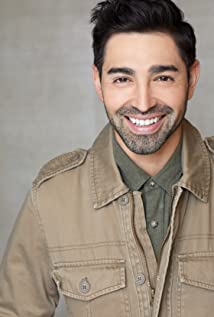 Tommy Koponen is an American Actor. He grew up in Monterey, Ca with his mother, father, sister and two brothers.He developed a sense of performing in front of people at the age of 7. During the evenings in the Koponen household his family would gather around as Tommy tried to imitate his favorite cast members of "In living color" such as Jim Carrey and the Wayans brothers. He joined his first acting class at Colton Middle School in 7th grade where he found a passion that would last him a lifetime.After being kicked out of his 8th grade drama class for talking to much, he decided that he would create his own theatre. During lunch time, you would find anywhere from 5-15 sixth graders all crowded on the playground bleachers watching Tommy put on a stand up comedy show. During his high school years, he turned to film acting when his younger brother Dominic decided he wanted to be a director. In 10th grade he met a lady that truly believed in his talents and convinced him to pursue his acting dreams. English teacher, Ms. Parker was the first teacher in his life to not kick him out of class for talking too much. She simply embraced his talking abilities and told him to share them with the class. After a school field trip to see the theatrical performance of "Les Miserables", Tommy knew at that moment that is what he wanted to do the rest of his life. 11th grade rolled around and he decided he wanted to enroll in the New York Film Academy after graduating high school. However; in his best efforts to make his parents proud, he enrolled in the Business School at San Diego State University (SDSU). When Tommy saw a gap in his schedules he would fill it in with Acting classes.After graduating SDSU, he moved to Sacramento, Ca to work for the Army Corps of Engineers (Depart of Defense). During his time in Sacramento he studied in the advanced acting class under Cody Dorkin of Studio 24. In 2015 Tommy picked up everything he owned and moved to Los Angeles, Ca shortly thereafter Tommy started working for the NASA Jet Propulsion Laboratory while he is still chasing the same dreams he developed as a child.